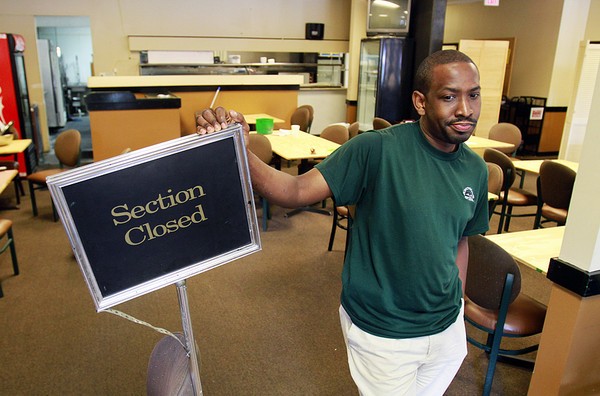 So much for the rising tide of the new Amway Arena lifting all boats. Construction on the arena killed traffic for months, and Sunday, the Taylor family closed the doors on the diner's new digs. New circa 2006, that is, the last time politicians promised there was change in the air for Parramore. For 23 years prior to its move into the City View development on Church Street, Johnson's stood in a tiny building on the corner of Robinson Street and Parramore Avenue.

Johnson's Diner was long the linchpin of black society in Orlando, the place where you might see Corinne Brown rubbing shoulder blades with Horace Grant over Earlean Taylor's smothered pork chops and sweet-potato pie. (Taylor inherited the diner from her mother, Lillie Johnson; Taylor's son, Clarence, has run the diner since Earlean passed away in 2007.)

In a story* yesterday in the Orlando Sentinel, Commissioner Daisy Lynum called Johnson's "iconic" (true), before moving on to "hint ... that the city is working with another soul-food restaurant to move into the space." Yes, please, by all means. Orlando always prefers the plastic version to the real thing, so go on and bring us a shiny new soul-food restaurant to go with the fake performing arts center and the never-gonna-happen "creative village" and Rich DeVos' Golden Pleasure Dome™. * (Great story by Sandra Pedicini and Mark Schlueb, by the way. The on-the-nose photo above is also from the Sentinel, shot by Red Huber.)