December 31, 2010 at 4:18 PM
comment
So, you've been telling yourself tonight is Amateur Night and you're just gonna stay home ... until you realize HOLY CRAP IT'S NEW YEARS EVE I HAVE TO DO SOMETHING. Well, if you're willing to brave the bad drivers and the twice-a-year drunks, there are actually a few worthwhile things going on tonight that don't require $250 cover charges. 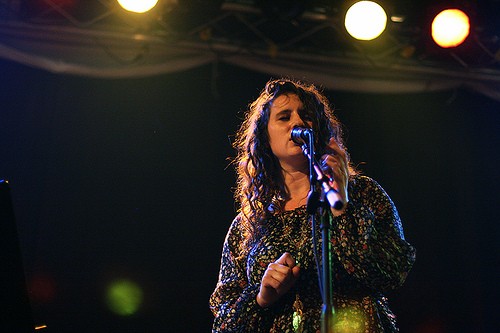 Kaleigh Baker is at the Social, with Beebs & Her Money Makers. Yeah, it requires being downtown, but if braving those crowds means having Ms. Baker sing "Auld Lang Syne" to you, it's most definitely worth it.

Down the street at Tanqueray's is Shak Nasti, who will help you blur the line between 2010 and 2011 quite jammily.

The Supervillains are at House of Blues. Tickets are only $13, but please remember that this show is at Disney, so your normal pre-game routine for a Supervillains show should perhaps be handled more discreetly than usual.

In their ongoing tradition of ringing in the New Year with nostalgic divas, the Parliament House has Ultra Naté performing.

Mot, Andrew Spear, and Ken Sherry will be DJ'ing a party at the Peacock Room.

Matt Kamm (Telethon) is gonna be DJ'ing at Stardust, and there's gonna be live music by Lo<kjaw and Nothingberry Plasma.

Happy New Years, everyone! Be safe!