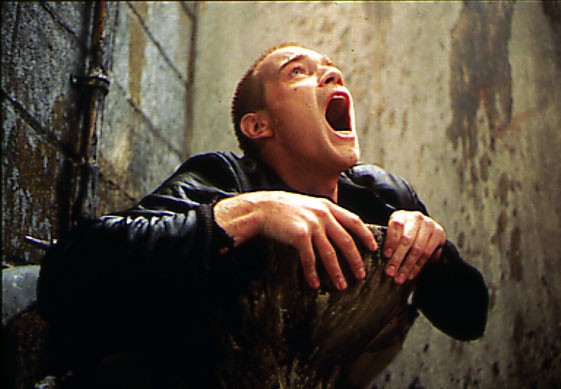 Time Out London just released their list of the Top 100 British films of all time, and it's chock full of film-lover goodness. Going beyond the typical subjective, pulled-out-of-their-asses listicle blurbing that this sort of declaration usually implies, Time Out put some surprisingly serious effort into this thing.

They spent months compiling selections from 150 film, art & culture figures, from Brits like Mike Leigh and the writer of In the Loop to Anglophiles like Wes Anderson to some dude from the MOMA in New York.

In addition to The List – Don't Look Now, featuring maybe Donald Sutherland's last time putting effort into anything, beat out The Third Man – you can view each contributors' individual list (Sally Hawkins chose surprisingly well, picking 1968's If... as her No. 1) , as well as a great interview with Don't Look Now director Nicolas Roeg at his Notting Hill home. And of course, some of the contributors have some great comments about their picks.

A couple of noteworthy factoids: Only two films were selected beyond 1970, Danny Boyle's Trainspotting and Terence Davies' Distant Voices, Still Lives, suggesting both the common complaint of movie lists was at work here (old films are unfairly vaunted over the newer ones), and that, well, British film, like American film, peaked early. Especially early in Britain's case, from wartime propaganda films to the doc-realist movement to costume melodramas and Angry Young Man/New Wave. That's not to say what's come since hasn't been just as good – nor is that lazy argument any more acceptable in America. Then again, a lot of the Time Out contributors hate the idea of film lists anyway, and probably for that reason. As Alfonso Cuarón rightly told the magazine, "Films are not groceries."

Another funny point of timing, the great duo of Powell & Pressburger dominate here with six films in the Top 100; seven if you count Powell's solo project, Peeping Tom. Emeric Pressburger's grandson, Kevin MacDonald, who wrote a book about his grandfather, directed The Eagle, which is out Friday starring Channing Tatum. Needless to say, the sword-and-sandals yawner is hardly up to the family standards. (Or even MacDonald's standards; he also helmed his share of greats like Touching the Void, The Last King of Scotland and One Day in September. Weird.) Anyway, check it out. The list, not The Eagle.