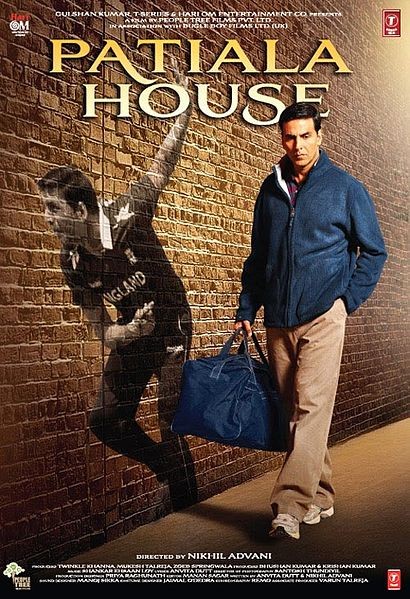 The father-son sport drama stars Akshay Kumar as talented cricket bowler whose hardline father refuses to let him play for an English cricket team because of racist abuse he had had to deal with. The movie also stars Anushka Sharma as the girl who lights a fire underneath him and convinces him to play cricket anyway.

I know, I know. You have to know what a crumpet is to understand cricket. Maybe so, but father-son drama is a universally understandable theme, no matter the language or context.

You can watch the trailer here (no subtitles, but the film itself is subtitled):

And, yes, of course there is a song and dance number: