February 26, 2011 at 11:23 PM
comment
Well, now you can go bowling tomorrow night like you wanted to. The results have been announced in the only movie awards that matter: the Razzies. 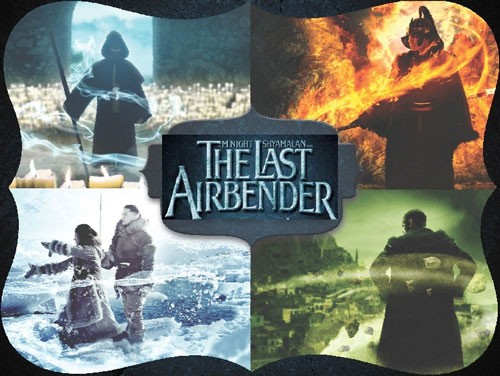 The big “winner” was this blog’s old pal M. Night Shamwow, whose The Last Airbender marked a milestone in its putrid genesis. This morning, it was still merely the biggest-ever studio release whose title could yield a new euphemism for passing gas amongst friends. (“Sorry; that last airbender was mine.”) Tonight, it’s been honored in the categories of Worst Picture, Worst Director, Worst Screenplay, Worst Supporting Actor (Jackson Rathbone, also cited for his work in The Twilight Saga: Eclipse), and the newly added Worst Eye-Gouging Misuse of 3D. Had there been a way to finger the film as a contributing factor in the BP oil spill, I’m sure the Razzie folks would have done that, too.

Also mounting (hey now!) an impressive series of wins was Sex and the City 2, which netted awards for: Worst Prequel, Remake, Rip-Off or Sequel; Worst Screen Couple or Ensemble (for its entire cast); and Worst Actress (for all four leads, which strikes me as a petty, nasty way to essentially slam a picture for the same thing twice -- and thus has my utmost admiration).

And there’s even a local connection this year, with Worst Actor Ashton Kutcher racking up a dual win for his appearances in Valentine’s Day and Killers -- the latter of which was penned by Orlando expat Bob DeRosa.

I point this out not because of any desire to burn the bridges that tenuously connect my sad-sack existence to that of my infinitely more successful friends and longtime supporters; heck, everybody already knows I’m an Olympic champion at that. But I feel safe in making the observation because: a) Bob’s script was extensively reworked by others (which he touches on in an extremely polite and politic manner in this interview);  and b) he’s just so cool that, had the flick been up in more categories, he likely would have shown up to accept, Halle Berry-style. (Except that he wouldn’t have then turned around and dropped the race card on his ex in a cringingly public custody battle. I am 98 percent sure of this.)

Congratulations to all of the winners, including whichever Henson performer is now operating Kim Cattrall.