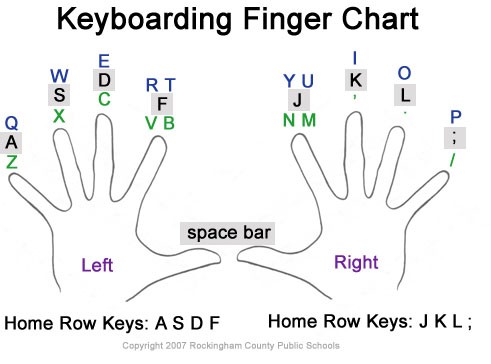 You hear it every year: Some actress gets onstage and thanks some awkwardly attired writer "for the words" as if they were just conjured out of the air and typewritten onset just before the real auteur yelled "action."

In truth, this is the category where the hard work happens, where some bodyguard or stripper or Matthew Broderick's nanny sits in front of a blank computer screen, types the words "FADE IN:" and tells the story they were destined to tell, out of thin air and apropos of nothing.

Original Screenplay is given to the best script that wasn't based on a novel or pre-existing material of (almost) any kind. It's where the giant machine that is a Hollywood production begins. Someone creates characters, puts them in a situation and years – sometimes decades – and millions of dollars later, it's an acclaimed movie. It's like threading the needle while winning the lottery while landing a jumbo jet. It's hard. And truly, every one of these nominees deserves riches and flowers. Or at least a par deal.

The nominees: [Fun fact: The ampersand (&) means the writers on either side of it wrote their draft together as a team. If two writers are separated by the word AND – spelled out – they worked on drafts independent of each other and may not have even met.]

The Kids Are All Right –Lisa Cholodenko & Stuart Blumberg

Another Year: A tenderly observed slice of life, this minimalist script created characters you grow to love, grow frustrated with and feel deep empathy for. That's a success any way you cut it and in a weaker year, it would be enough. Not this time around.

The Fighter: The most complicated assembly process of any of these nominees, this one gets a disqualification in my mind right out of the gate. There are life-rights politics, writers (like Lewis Colick) who took a pass and didn't even get story credit, and the final writers credited for the award were most likely still rewritten heavily by uncredited director David O. Russell. In the end, it was still a performance-dependent film. A great one, perhaps, but this is as far from the intention of this category as it gets. Sorry.

Inception: End of page 1: ELDERLY JAPANESE MAN (in English) Are you here to kill me?

144 pages later, Christopher Nolan had intriguingly, page-turningly delivered on those opening salvos. He created his own world, a world within that world and many more besides. That's no small feat, and if he wins, I'll be very happy. It's still not my absolute favorite script of the year...

The Kids Are All Right: There it is. I feel like I knew these characters instantly. I wanted to know them after the events of the film. The story unfolded casually but classically and crackled with humor, truth and elegance. Also, Cholodenko and Blumberg had to fight to remain true to themselves – non-lipstick lesbians are a tough sell, even today – and sacrifice some budget to do so. They deserve this in every way.

The King's Speech: I'll be rolling my eyes every time this film wins for something tomorrow night (I echo the honorable Mr. Goss' thoughts – cute movie, but c'mon people), with the exception of Colin Firth for Best Actor and perhaps this category. Though not my favorite, I can respect its tough, time-hopping structure and its lithe take – some say historically dismissive – on dense material. It worked, and it's Seidler's life work: A stammerer as a child, he spent nearly a decade developing the story, through cancer, heavy research and unexpected twists and turns. Seidler's earned it. (No! Must. Not. Roll. Eyes.)

Winner: The Kids Are All Right

[For you handicappers/pool entrants: the WGA winner has also won the Oscar in this category every year for the last 7 years. This year's WGA winner: Inception.]