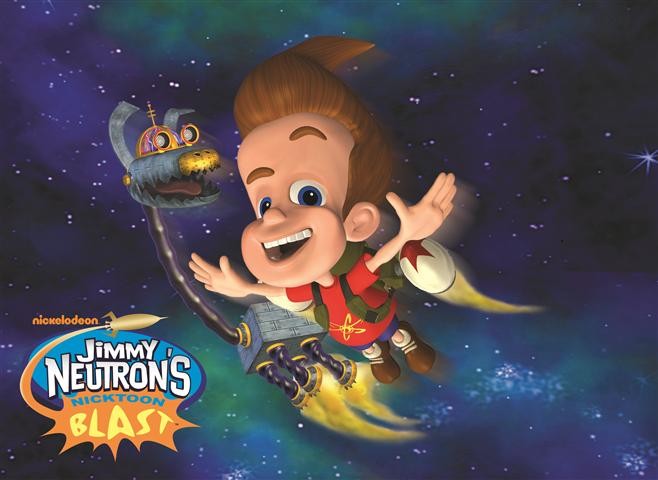 On Monday, March 14, Universal Orlando announced the imminent extinction of an attraction that's been around for almost a decade. Jimmy Neutron's Nicktoon Blast, a family-friendly motion simulator ride located in the Universal Studios Florida theme park, will cease regular operations on April 1st, and after a period of intermittent openings, will close permanently on August 18.

Jimmy Neutron's closing comes as no big surprise to longtime Universal watchers, since it is the last holder from the Nickelodeon Studios theming that was otherwise stripped from the park in 2005. The Neutron ride itself recycled elements from the Funtastic World of Hanna-Barbera, an opening-day attraction that featured characters from the Flintstones and Scooby-Doo cartoons.

Both Jimmy Neutron and it's predecessor featured “rocket ship” simulator seats arranged in a central room around a large screen, with only the scenic décor and ride film changed during the 2003 conversion. The current ride features cartoon characters that were popular on the Nickelodeon network half a decade ago, including “The Rugrats,” “Hey Arnold,” and “Spongebob Squarepants.”

No no details of Jimmy's replacement has yet been announced, other than that it will be an “all-new experience based on an amazing concept” and “a natural fit for Universal Orlando.” Universal's press statement that Universal will “immediately begin work” on the new attraction during this summer of intermittent operations for the old version indicates that the basic ride system – which is now several generations behind more sophisticated simulators like The Simpsons Ride and Disney's upcoming Star Tours II – will remain essentially unchanged. No official word yet on what characters will be featured in the revamped attraction, but it expected to remain kid-focused, likely using a Universal-owned animated franchise; last year's hit film Despicable Me is among the most-rumored subjects on web fansites.

Jimmy Neutron's Nicktoon Blast was never the most popular attraction among hardcore fans, who generally preferred the classic Hanna-Barbera characters. That doesn't stop moderately long lines from building for the attraction on busy days, partially because of its low capacity and slow loading speed: on a busy Spring Break Tuesday, at mid-day the ride had a 35 minute wait posted, only slightly shorter than the headliner Mummy and Rip Ride Rockit roller-coasters.

Rather that bury the Boy Genius, I'd like to point out six small subversive things I'll miss about the ride. If you want to relieve these moving moments, better hurry before Jimmy's Mark I rocket blasts off for good.