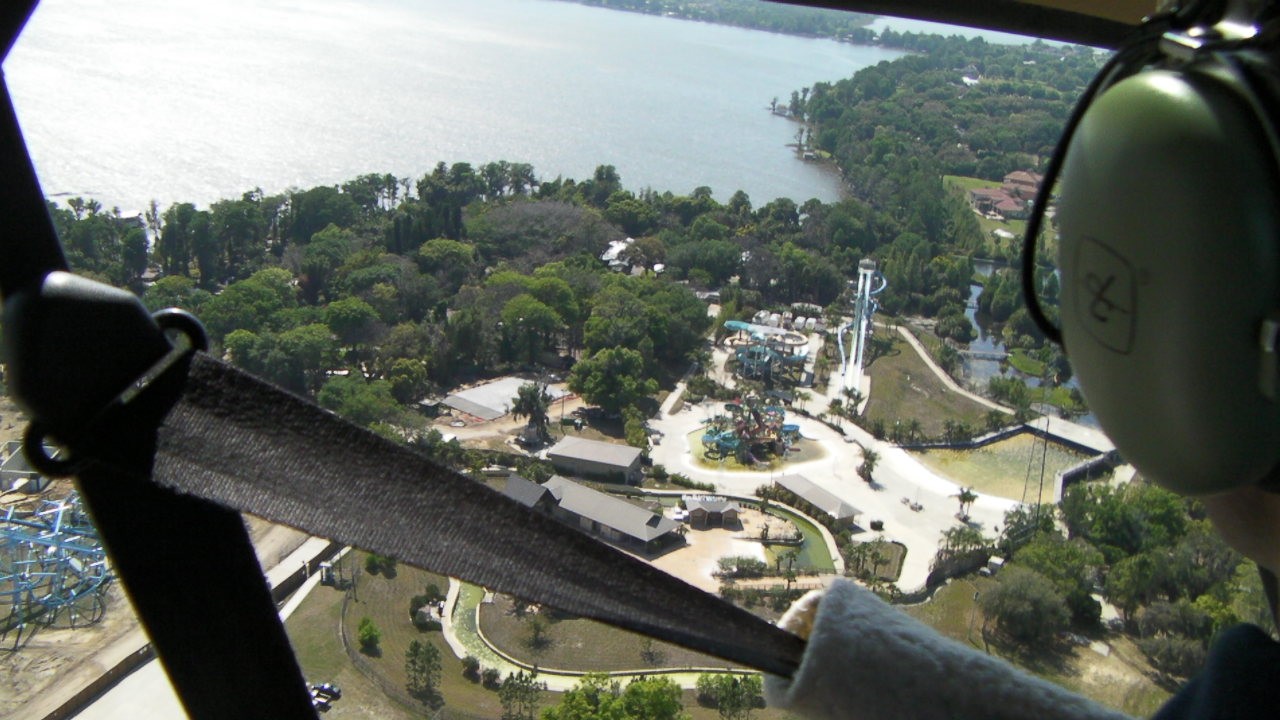 I've spent enough time standing on tall ladders and dangling from theater catwalks to know I'm not scared of heights; I'm just terrified of the short stop at the end of a long fall. Now, thanks to the fine PR folks at Legoland, I can testify that a riding in a doorless VW Beetle-sized helicopter is a great way to induce any latent acrophobia you've got lying around.

Join along for the fun in the following video, where I lean precariously out of a tin can hovering hundreds of feet in the air over the former Cypress Gardens theme park, just to capture images of the under-construction Legoland Florida attraction for your amusement. Then stick around for a brief Q&A with Adrian Jones, the new park's General Manager, as he answers a few questions about the project.

If you don't have the patience to watch, here's the Duplo (ie simple) version: