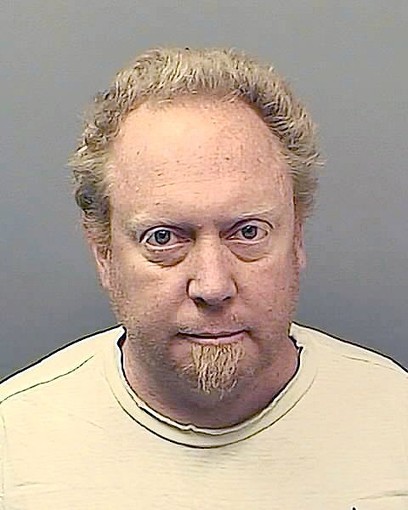 The Ledger reports that Phillip Greaves, the man arrested last December by the Polk County Sheriff's Office over his book The Pedophile's Guide to Love and Pleasure: A Child-Lover's Code of Conduct, was sentenced today to two years probation after pleading no contest to charges of "distributing obscene material depicting minors engaged in conduct harmful to minors." Greaves will serve his probation in Colorado, the state he had been living in prior to being escorted onto a commercial airliner in the early hours of Dec. 21 by two detectives from the Polk County Sheriff's Office.

The arrest had been orchestrated by outspoken Polk County Sheriff Grady Judd, who had an undercover detective request a copy of the book through the mail. "Make sure he autographs it," Judd said.

When the book arrived, two detectives flew to Colorado and supervised local authorities as they took Greaves into custody.

Greaves' probation sentence today was reportedly the result of a plea deal, which, to seasoned observers of Grady Judd and the Polk County Sheriff's Office's handling of obscenity cases, comes as little surprise. Our Feb. 24 profile of Grady Judd, "Church and State," indicates that the Greaves arrest was just a slight variation on an old formula for the Sheriff, who has waged a remarkably successful crusade against "obscene materials" for over two decades.

Which leads to the most puzzling line of the Ledger article: "Taking the plea puts to rest First Amendment questions that were being raised by Greaves' lawyers."

Certainly, that's what the Polk County State Attorney's office would argue, but Lawrence Walters, an attorney who operates under the domain www.firstamendment.com and has represented others arrested in Polk County on obscenity charges, doesn't think so. We asked him for a comment following the decision, and this is what he wrote:

Unfortunately, the Sheriff and the State Attorney were able to manipulate the system in such a way so as to keep Mr. Greaves in jail long enough so that a guilty plea to a felony appeared to be a good option.  The First Amendment violations occasioned by this arrest and prosecution will go unaddressed, as many have been in the last two decades in Polk County, Florida.