Spidey crew to let go of the suck

Details are emerging about the three weeks’ worth of “tweaks” that are about to be performed on Broadway’s Spider-Man: Turn Off the Dark. And whaddaya know: Everything that’s coming out just happens to be the stuff that critics had almost uniformly identified as the unsightliest corn nuggets in this already legendary theatrical turd. 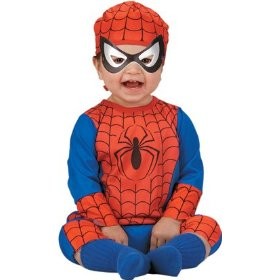 You know the nuggets I’m talking about: The Geek Chorus. The trying-on-shoes number. The heavy-handed nods to classic mythology. The Act I death of the Green Goblin (the ostensible villain of the piece). Maybe the colon will even be cut from the title; who knows where the creative ball will land once it stops rolling.

What’s funny is that, when an appalled nation’s reviewers I.D.’ed all of these elements of then-director Julie Taymor’s “vision” as particularly egregious, the show’s producers countered that said critics were just being a bunch of snobs. No way was the show that bad, they huffed.

But guess what? That supposed critical nit-pickery was apparently backed up by “focus groups” the producers retained to help them figure out exactly what was wrong with their web-farting farrago. You’ve got to love it when a show is so luminously wrong-headed that even Ben Brantley and a tourist just in from Duluth can agree on the how and the why. Bitter queens with deadlines: They’re just like us!

Brantley’s paper, The New York Times, has interviewed a bunch of performers and one choreographer who were given the heave-ho along with Taymor, and guess what again? Every one of them thinks it’s a crying shame that her fizzy elixir of pretension is going to be diluted for mass consumption. And make no mistake, mass consumption is what the musical’s aggrieved money men are going for: Unable to sustain a break-even run, even with the millions the show is currently netting from morbid curiosity, they’re putting put the word that the drastically retooled second attempt (opening June 14, hahahahaha) will be family-friendly fare with fewer “darker elements.” (I thought they already turned off that damn dark. The thing must be on a timer.)

Meanwhile, Spidey’s rivals over at DC are looking like positive visionaries of pandering as they proceed full speed ahead on a live Batman show that’s to open this year in Britain and land on our shores by summer 2012. No songs in this one, and no allusions to mythology, either: It remains, as it was conceived, arena entertainment for kids too young to realize that the observation “It looks like the Ice Capades” has any sort of subtext.

Coming in 2013: Darkwing Duck: Turn off the Duck, as soon as PETA signs off on the stunts.