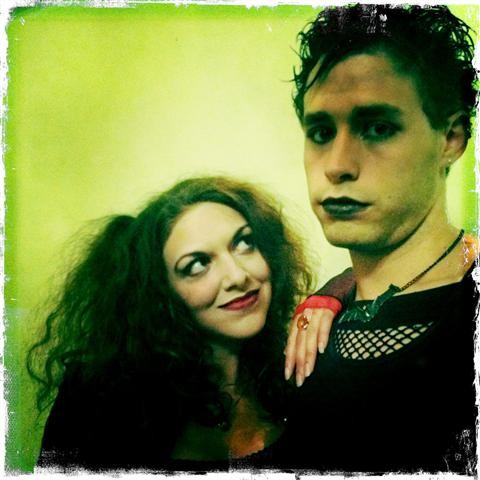 Do you remember the 1990's? The Clinton era was two long decades ago, but if you can recall the long-lost gothic glories of Barbarella (before it was Independent Bar) or the raver revolution at Firestone (before it was The Club at Firestone), then tonight's entertainment at Urban ReThink may be up your alley.

At 7pm tonight (Tuesday 4/26), Thornton Park's former-bookstore-turned-experimental-event-space opens its doors for “A Morbidly Morose Gothic Open Mic Night.” The evening will be hosted by “Euro-Goth Goddess Smegva” (played by Erin Brenna of The Great American Trailer Park Musical) and her faithful fashion-whore companion Louis (Joshua Roth, Rocky Horror Show, Cabaret), two of the stars of Tod Kimbro's SUCKERS: A Freaky Little Musical, and serves a preview/fundraiser of that show's May Fringe Festival production.

Along with performances of some Smiths and Cure classics (and the obligatory angst-ridden spoken word poetry) the even will feature short cameos from some of the most-anticipated Fringe shows. So even if you weren't into heavy black eyeliner, you'll have appearances from Michael Wanzie's [title of show], the Oops Guys' Bitches of the Kingdom, Evan Miga's Dog Powered Robot, and others to appreciate.

Full disclosure of shameless self-promotion: SUCKERS is one of several 2011 Fringe shows the author is involved in producing.