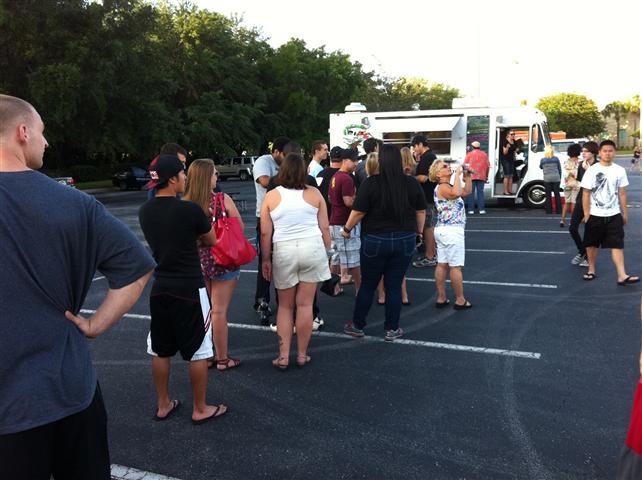 If you've ever tried to find something edible inside the Fashion Square Mall's rapidly fading food court, you know the Colonial Drive shopping center is the furthest thing from foodie central. But last night (May 1st), the mall's parking lot (the north patch past Dillard's, to be precise) was transformed into a mobile munchie playground, thanks to the TheDailyCity.com's Orlando Food Truck Bazaar #2.

Mark Baratelli didn't invent the nationally hot food truck craze, but he was the first person in Orlando to target the trend, organizing Taco Truck Taste Tests through his TheDailyCity.com culture blog. I attended a number of the early events in 2009, when there were just a couple dozen of us eating oily arepas and unidentifiable sodas on the side of the road in the sketchy side of town. In the last two years, Baratelli's site promoted the explosion of food truck culture in Orlando, culminating in March 29th's first Food Truck Bazaar. At that event, crazy crowds converged on South Orange Avenue's Discovery Church, with some standing over 2 hours in snarled lines to buy a snack.

Sunday night's second event was much better organized than the last, with more elbow room and organized queues. Once again, by far the longest line was for the admittedly yummy Korean BBQ Taco Truck, with the creative locally-sourced menus of Big Wheel Provisions and Treehouse Truck also drawing crowds. Newcomers receiving positive attention included the Traveling Gourmet's organic offerings and Melissa's Chicken and Waffles. I wish there were more authentic Hispanic options (other than pupusas) but Baratelli told me the language barrier makes recruiting participants difficult.

I only had time for one sadly unsatisfying fish taco from the usually excellent Winter Park Fish Co. before the lines got too ridiculous. But these evenings are really more social events than culinary ones; I saw people bring serious seating setups settling in until midnight, as DJs from A Lazy Afternoon scratched for the slowly-shuffling crowds. Even restaurant critic Scott Joseph, who has joined as a sponsor of the event, was present to promote his iPhone app.

No word yet from Baratelli on where and when Baratelli Bazaar will be, but there's another food truck gathering at the Plaza Live on May 3rd. In the meantime, here are some images from last night. 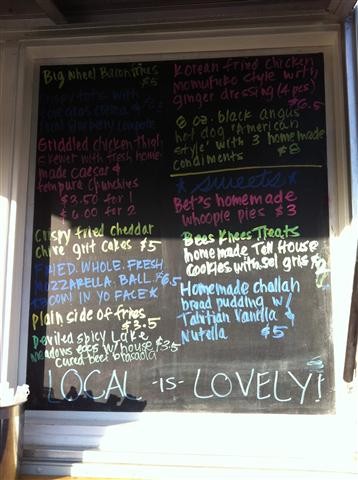 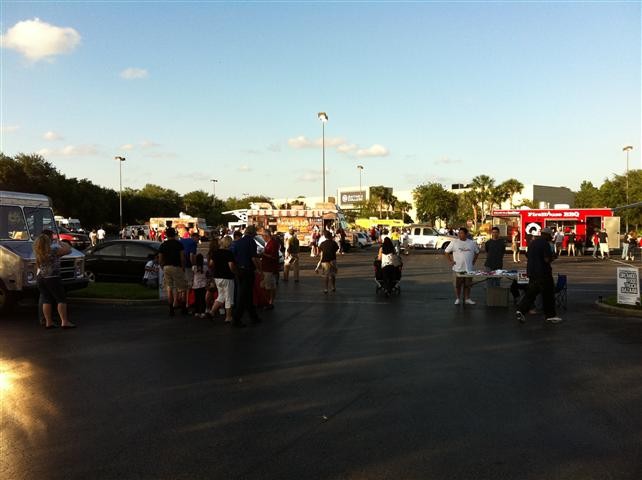