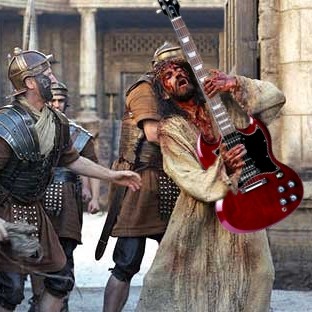 For those of you who don't know, Harold Camping, millionaire and leader of Christian organization Family Radio had officially declared today the day where Jesus Christ himself would return to Earth and condemn all non-believers, taking all of God's children with him up to Heaven. Well, we're eighteen hours in and nothing's happened. Can you believe it?! Are you surprised?! Low and behold, the radio station, which has profited from many books about the topic and preached on-air about Earth's impending doom, has remained silent today, playing old-world hymns and sermons of different subject matter. It seems the guest of honor didn't get the Facebook invite. Seriously, can this be the last time anybody falls for the whole apocalypse thing? Nicolas Cage, star of 2012, doesn't even believe in that shit. Just like anyone else suggesting the "end times" are near, look back to the leader of the cult, they're making lots of money off of it. Do yourself a favor and start your own religion where a core belief is that the world advances in intellect and progress forever. Forget the hype and live your life in peace. And remember... be excellent to each other!