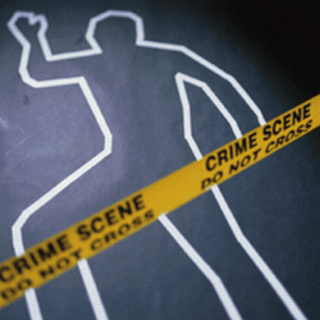 OK, so we're watching our email blotter tonight like we always do, and in comes this little number surrounding tonight's shooting at Florida Hospital.

At 5:10 pm 5.26.11 Orlando Police responded reference a shooting incident at the parking garage off of Rollins Ave adjacent to Florida hospital. 2 shooting victims were located and transported to local hospitals. Florida Hospital was NOT in lock down. We are NOT looking for a shooter at this time The McCray Parking Garage (2215 McCray St) is currently closed at this time. I do no have an update on the medical status on the 2 people shot.

No names of the individuals shot are being released at this time.

I will email updated information as it becomes available.

See that? Homicide investigators. Then, just a few minutes later, a bit of clarification:

Please DO NOT report that OPD said anyone died. I HAVE NOT released any additional about the two people shot.

UPDATE: Oooooh, this just took a turn for the worse.

The next of kin has been notified as it relates to the victim of the murder.

The name of the murder victim

The name of the suspect who self inflicted a fatal injury is not being released pending next of kin notification.

The investigation is on going.

Yikes, murder-suicide. OK, anything that was funny about this post is officially unfunny now. This has leapt into CFNEWS-13 territory:

ORLANDO -- A transplant surgeon at Florida Hospital Orlando is dead after a murder-suicide in the hospital's parking garage.

Orlando police identify the murder victimj as Dr. Dmitriy Nikitin.l According to the hospital's website, Nikitin was a multi-organ abdominal transplant surgeon.

Police said the incident happened on multiple levels of the parking garage.

The name of the suspect who killed himself is not being released pending next of kin notification.