Everything Olbermann is new again

June 07, 2011 at 7:17 PM
comment
So, who’s going to be watching Countdown with Keith Olbermann when it resurfaces June 20 on Al Gore’s Current TV?

Me, for one. But then again, I get paid for stuff like this. And I also once said I’d be making it a point to tune in to The Event and Hawaii Five-O every week. Let’s just not talk about how that turned out, OK? 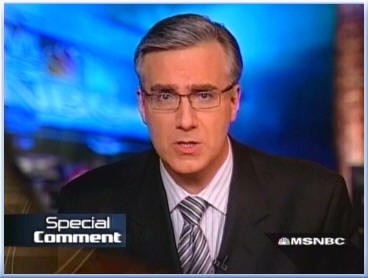 The big question -- for me and most of the new Countdown’s viewership -- is if the show can distinguish itself enough to keep us coming back months down the road, when it doesn’t have the benefit of being sandwiched between any other programs we’ve come to know and seek out on a regular basis. To earn the kind of loyalty the MSNBC Countdown had, the new incarnation is going to have to retain enough familiar elements to give the people what they want, while putting enough of a fresh polish on the presentation to prevent it from seeming like a washed-up ballplayer’s sad final season back down in the minors.

A lengthy preview story in The Hollywood Reporter has cause for both guarded optimism and mild concern. For one thing, I’m not heartened that Olbermann has hired as his executive producer David Sarosi, who produced the “Worst Persons in the World” segment for the MSNBC show, and that that feature will be kept. “Worst Persons” has been occasionally fun, but too often redundant with material Olbermann presents as reportage elsewhere in the hour. And its infamous Fox-baiting has always seemed obvious, excessive and personally motivated -- as if the host can’t step back far enough from his personal and professional rivalries to recognize that we in the audience already know that O’Reilly et al. are duplicitous boors, and would prefer to hear what the mendacious buffoons in our nation’s state legislatures are up to.

And I’m really disheartened that Olbermann has picked as his fill-in host David Shuster, who mostly spent his time at MSNBC doing his best to ace out Ed Schultz for the title of On-Air Talent You’d Most Like to Punch. Shuster’s whole gig was bringing on guests of opposing ideologies and chuckling disparagingly through every word he allowed them to get in edgewise -- thus shoring up the popular perception that MSNBC is merely the “Fox of the left.” Olbermann’s replacement at that network, Lawrence O’Donnell, takes the concept one step further, summoning up manufactured apoplectic rage to hurl at patsies ranging from Orly Taitz to Alan Grayson. In contrast, Olbermann used to take a lot of shit for only bringing on guests who would inevitably agree with him -- but isn’t that better than simply booking straw men to knock down via the sheer force of one’s indignant lungs?

Recurring guests on the new Countdown, as announced by THR, are somewhat of a mixed bag. There’s Michael Moore (the living lefty stereotype who occasionally waddles into a valid point); Rolling Stone’s Matt Taibbi (usually on target -- no matter his checkered history with the staff of Orlando Weekly); The Daily Kos’ Markos Moulitsas (whose lust for the good fight always deserves a forum); comedian Richard Lewis (who cares); and filmmaker Ken Burns (ditto). I’ll really miss The Washington Post’s Eugene Robinson, who always brought out the best in Olbermann but is stuck back at MSNBC, politely trying to maintain the illusion that Joe Scarborough is not a dimwit.

But honestly, I’d be happy if Olbermann’s TV presence were limited to a nightly 5-minute Special Comment. That’s where he really shines -- where gets to break through the illusion he has to maintain for the rest of the hour that he cares about listening to any voice save his own. Or that he should. Parodied by the likes of Ben Affleck though they may be, Olbermann’s articulate tirades are practically an anomaly in today’s TV: the moral and intellectual truth, broadcast with all the fervor and eloquence it deserves.

I think particularly of a telling historical detail in the THR piece. MSNBC, it seemed, had warned its on-air talent not to “pour gasoline on the political firestorm” that had erupted after the Tucson shootings. That’s just the sort of necessary conflagration somebody like Olbermann ought to be fanning. I’ve really missed having him around to point out how ludicrous it is for the American legal system to decide that someone like Jared Lee Loughner is currently mentally unfit to stand trial, but that he might be restored to capability -- oh, say, sometime after the next election. Post-Olbermann, such violations of the public trust go largely unchallenged on MSNBC, where frankly Murdochian business interests have ensured that 75 percent of the programming day is given over to Republican falsehoods --whether they issue from the GOP’s own lips or from those of “nonpartisan” proxies like the execrable Chuck Todd.

Olbermann, meanwhile, may be every bit the smug self-centric his past employers make him out to be; the THR piece has yet more copious evidence of this. But dammit, he’s our smug self-centric. And when he’s in mid-oratory, all lesser transgressions are forgiven.

For those few minutes, he really is the Best Person in the World. So maybe it’s best that he’s headed somewhere where that can be more than an inconvenient truth.