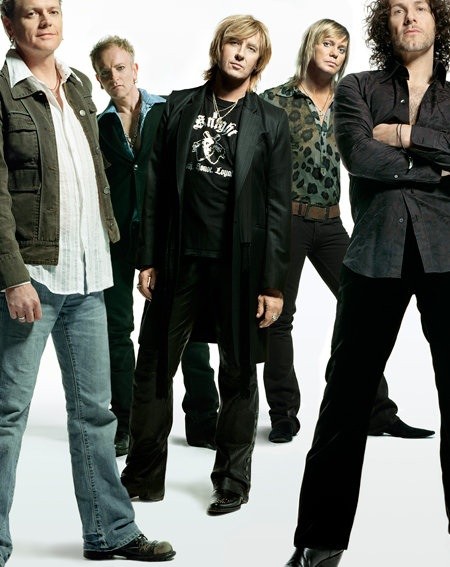 One of the best running gags in Arrested Development was the Bluth family’s unanimous one-word reaction to the girl whom George Michael (Michael Cera) was infatuated with: “Her?” The poor girl was listed in her yearbook as “Not Pictured” underneath her actual photo. Def Leppard is the “her?” of ’80s rock giants. Sure, Mutt Lange-ified albums like Pyromania and Hysteria were absolute monsters of high-voltage, highly processed Billboard gold, sneezing out hit after hit like “Bringin’ on the Heartbreak,” “Rocket,” eternal strip-club staple “Pour Some Sugar on Me,” “Photograph” and “Rock of Ages.” Still

them? The guys who pronounced lines like “say you will” as “see-oo-ee” and have a one-armed drummer are on Rolling Stone’s list of best albums of all time and VH-1’s greatest artists of all time? The guys that did “Let’s Get Rocked” with that weird Sims-esque video? Them? You know, we’re starting to convince ourselves. Bring a stripper! She’ll go nuts. – Justin Strout (with Heart; 7:30 p.m. at the 1-800-ASK-GARY Amphitheatre, Tampa; $25-$125; 813-740-2446; livenation.com)