You’re going to be reading reams about this great man’s accomplishments in the next few days, but there’s one story you can only get from me. I’ve alluded to it in the past, but now I can tell it in full. 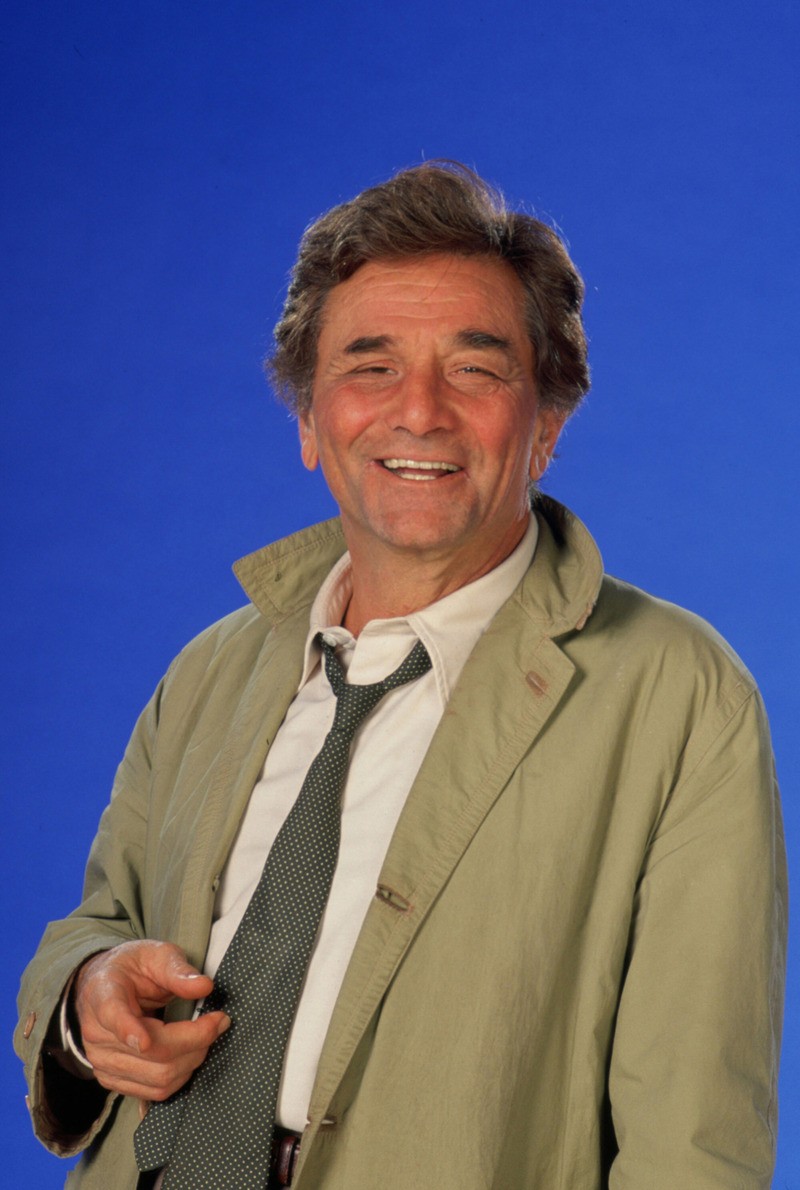 In 2005, Falk was a guest at the Florida Film Festival. He was there to promote The Thing About My Folks, a film in which he had appeared opposite his director, Paul Reiser. (Kind of a lousy flick, actually -- but what of it, as long as Falk and Reiser had had fun making it?)

In between the screening of the film and the Falk/Reiser Q&A, I ducked into the Enzian men’s room to relieve myself. I was standing in one of the stalls when a small tumult arose from just outside; from what I could hear and infer, Falk himself had entered, presumably to take care of some business of his own.

Suddenly, some oafish festival patron unwisely intruded on the actor’s privacy by passing a remark as faltering as it was unfortunate. Here’s how I remember it:

“Wow, I never thought I’d be in a bathroom with Peter Falk. But I guess even the big stars have to do it every once in a while.”

Crickets. Nervous whistles. Self-conscious coughs. Maybe a polite grunt or two from Falk himself. I’m not sure on the latter point; I was too busy fighting the urge to slam my own weenus in the stall door again and again in frustration, hoping for the wincing pain to block out the realization that yes, there are good reasons celebrities don’t want to come to Florida.

But after a few moments of uncomfortable silence, Falk -- now obviously planted before a urinal -- cut the ice with an unexpected bit of anatomical encouragement:

My mind reeled as I realized what a momentous thing was transpiring here. I was listening to Peter Falk talk to his own dick!

Some of the braver souls in the room chuckled softly. Others, still dwelling on the prior faux pas, emitted not a peep.

“Every day, it jusht takesh longer and longer.”

As it turned out, Peter Falk was destined for over 2,190 more days of “it” taking longer and longer. And I got a memory to last forever. Thank you, sir; thank you.