Spotlight On The Lifeforms 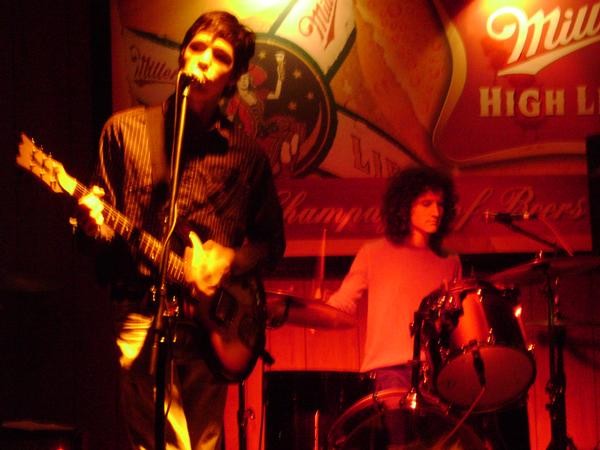 Jacksonville band The Lifeforms ripped Wally's a new one last night. With their infectiously lazy swagger, Lifeforms brought back memories of hanging with Warhol & The Velvet Underground. You remember those days, right? Yeah... you were there. 'Member? They played for what seemed like an hour, in a good way. Maybe it was the blissful toxicity of their slow psychedelia and classic rock that made time slow down a little bit but like most trance-inducing rock 'n' roll, it's hard to tell which way is up much less where time has gone. All that to say, if the drummer's kit hadn't been sliding around on the floor prohibiting him from staying totally on point, complete engagement of the audience would have been undeniable. Not to say the audience was disengaged. That's moot point. It was obvious to see the enthusiasm of this close knit crowd and the introduction of a great semi-local band into the Orlando cloud.