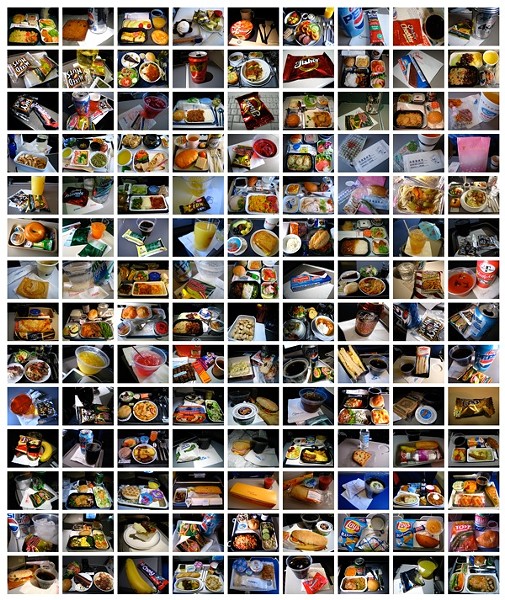 Just after 9/11, the FBI targeted Tampa artist Hasan Elahi for investigation. (Someone called in a “tip” that Elahi was hoarding explosives in a storage unit.) For months, the FBI hauled him in for interrogations and polygraph tests. Eventually, he was cleared of suspicion, but we all know how hard it is to get your name off a list, and Elahi flies thousands of miles a year (he shows his art internationally; he’s also a professor at Rutgers University). Fearing he’d be detained and questioned over and over, Elahi decided to simply do the FBI’s job for them: In 2002 he embedded a GPS module on his phone, and since then, he’s been steadily adding to the amount of data he collects and makes public about his life. At trackingtransience.net, you can see thousands of photographs of empty offices and hallways, satellite video tracking his movements, transportation logs, even pictures of every meal. It may have kept him out of Guantanamo, but rather than an artistic statement or even political commentary, it reads like a diary of madness. The installation will consist of 60 video monitors, but the museum is cagey about other elements. We’ll withhold judgment until we see the work, but the idea of it is nightmare inducing. – Jessica Bryce Young (New Work gallery at Orlando Museum of Art through Aug. 28; free; 407-896-4231; omart.org)