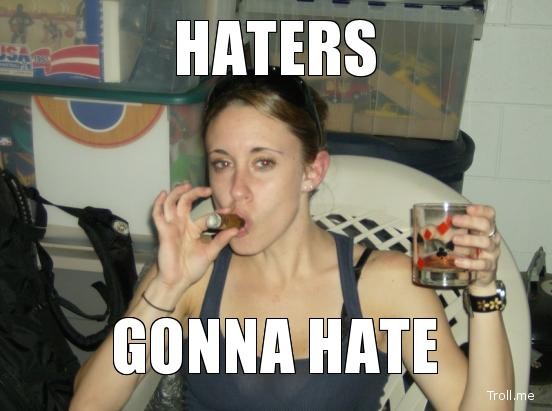 The criminal trial may be over, but the insanity is not. Of course it's not. It never is.

Just this week, two (unfortunate) individuals reported that rabid Casey Anthony anti-groupies have gone on the offensive against them.

A Pennsylvania man named Casey Anthony says he’s been bombarded on Facebook and over the phone by people who think he’s Central Florida’s most unpopular bad girl. Never mind the fact he’s a man. An African-American man, at that. In other words, most definitely not **the** Casey Anthony.

Anthony told news outlets that he’s received hundreds of wall posts, messages and phone calls (his phone number was listed on his Facebook page) regarding the recent verdict.

Meanwhile, Sammy Blackwell, an Oklahoma woman who works in a convenience store, was attacked because she **looks** like Casey Anthony. After being told she “looks like Casey Anthony” by a (crazed) customer, Shireen Nalley, rammed Blackwell in the back of her car repeatedly until it flipped over two and a half times.