Potter Pulverizes Pooh and Beats Bats, But Does He Still Pack Park? 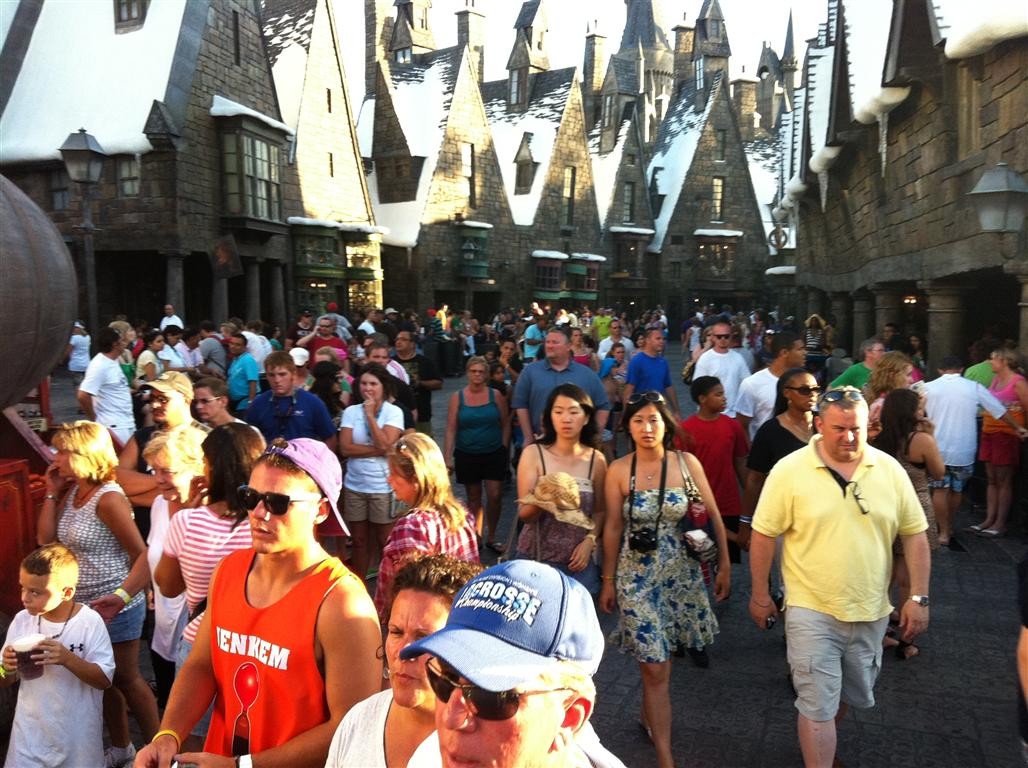 This past weekend, Orlando's most profitable underage prestidigitator apparated the biggest pile of cash in his now-concluded academic career. But now that he's a post-grad, does Harry still have the staying power to pull guests into his park?

By now you may have heard that Harry Potter and the Deathly Hallows Part 2, the eighth and final film in the series, has claimed the all-time opening weekend box office championship belt, having dethroned previous title-holder The Dark Knight (and completely steamrolled Disney's new Winnie the Pooh flick) with a wizardly $169.2 million in its first 3 days, according to Box Office Mojo.

You may have also see this video documenting the unique surprise Universal Orlando offered the 3000-odd attendees at Citywalk's Thursday midnight screenings: a free pre-dawn party inside their theme park's Wizarding World. Overtime employees sold Butterbeer and wands to overtired Muggles until 5am, offering the opening crew only a couple hours to clean up before the next day's guests arrived at 7. While the invitees were offered rides on the kiddie coaster and tours of the Hogwarts castle queue, the headline rides were off-limits; either a publicity ploy to sell more tickets, or a necessary concession to necessary nightly maintenance, depending on your cynicism.

But what happens next, now that the Potter die-hards have dispensed their opening-weekend dollars for the final time? For the first time in decade, Warner Brothers faces a future with no new Harry Potter product to profit off of. Likewise, Universal has to wonder whether their quarter-billion-dollar theme park investment will remain rabidly popular now that the Potter saga has concluded.

While it's obviously too soon to tell what the future holds for Harry's popularity, I took a totally unscientific stroll through Islands of Adventure to observe the crowds, after screening the final film for myself (Warning: Snape's last scenes may provoke unmanly weeping, especially when combined with the Cineplex's 32oz draft beer special). During the day of my latest visit, it seemed attendance was still significantly stronger than before Potter-land premiered, but didn't approach the crushing crowds of Christmas or Easter. The timed-ticket entry system used during those holidays wasn't in use, allowing direct access to the area, which was crowded but not claustrophobic. The wait for the signature Forbidden Journey attraction was posted as 60 minutes, with most other park attractions under 30 minutes. (For comparison, at the exact same time the wait for Disney's Space Mountain was 85 minutes, with Splash Mountain and Peter Pan each over an hour, according to estimates at TouringPlans.com.)

Industry-watchers will be keeping a careful eye on Universal's attendance over the next year, and a announcement of a Wizarding World expansion is widely anticipated if the economy allows. This coming Christmas will be the major test of the attraction's staying power beyond the saga's theatrical lifespan. In the meantime, take a look at this photo gallery of theme park and judge the crowds for yourself.[gallery columns="2" orderby="title"]