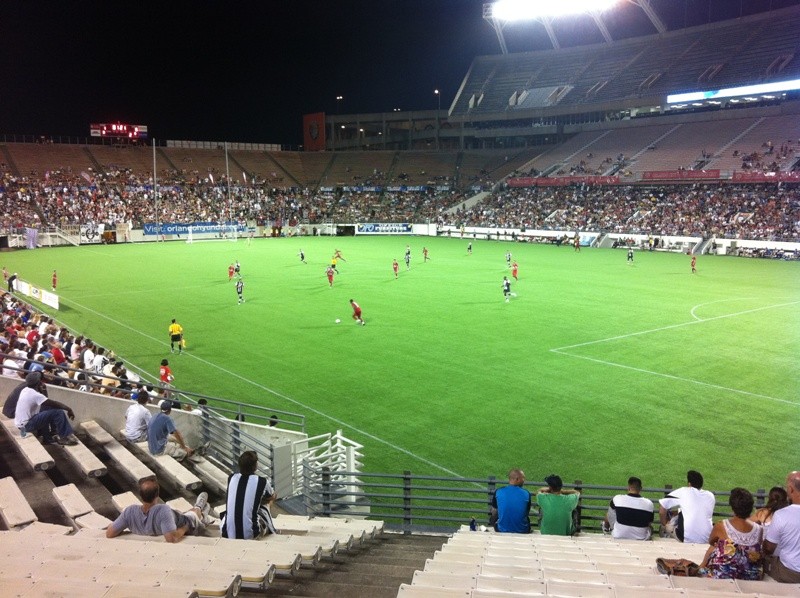 Did you know that Orlando had a soccer team? OK, well, we don’t blame you, but as of right now, there’s no excuse: the Orlando City Soccer Club, also known as the Lions, defeated the popular British club Newcastle United at the Citrus Bowl last night, where a record 10,889 people—including this reporter—watched the team’s biggest victory in its very short history (the Lions only came into existence last year). The victory comes as the closer to a rare two-game set with British Premier League teams, the first of which was a 3-1 loss on July 16 to the Bolton Wanderers. The only goal in last night’s 1-0 decision came in the 76th minute, which, coincidentally, is when the Weekly stepped out to the restroom. Our largest regret of the night, though, is still our decision to buy fried-chicken-on-a-stick for $7. For you Euro-centric football fans that may think the victory is a fluke, do consider that Orlando has the best record in the United Soccer Leagues. Granted, the USL is considered the third tier of the “United States soccer pyramid,” but still!