Alleged jury-tamperer Schmidter out of jail, plans to appeal sentence 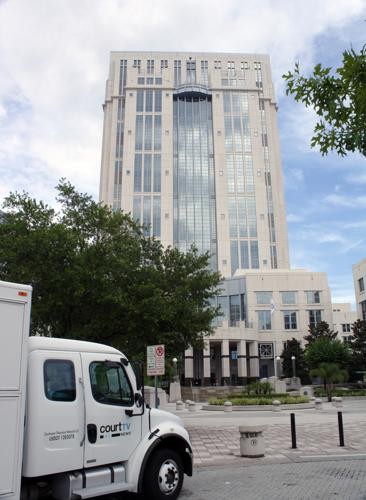 Libertarian activist Mark Schmidter is out of jail and “scrounging” money for an appeal hearing after recently spending three days in jail. On July 26, Schmidter was found guilty of “indirect criminal contempt” by Judge Belvin Perry for violating two administrative orders passed by Perry this year. For violating the order which bars disseminating literature to “influence” prospective jurors, Schmidter was sentenced to 141 days; for violating the order which bans First Amendment activities at the courthouse outside of specially-designated “exempt zones,” Schmidter was given 151 days. Perry allowed the sentences to be served concurrently.

Schmidter says he got out of jail last Friday night on two $1000 bonds, one for each violation—paid for in full by sympathetic “freedom fighters,” or in other words, members of the Campaign for Liberty, a libertarian activist group which meets monthly at Legends Sports Bar.

A self-employed roofing contractor, Schmidter now has 40 days to file his appeal. If the case's implications as big as he describes, coming up with the $5000 to cover his lawyer's fees may not be a terribly difficult undertaking. “This is one of those deals that can just go straight up to the Supreme Court,” Schmidter says, pointing specifically to the “exempt zones” in front of the courthouse regulating expressive activity. “It’s a direct First Amendment challenge, so you can’t get a whole lot better than this one.”