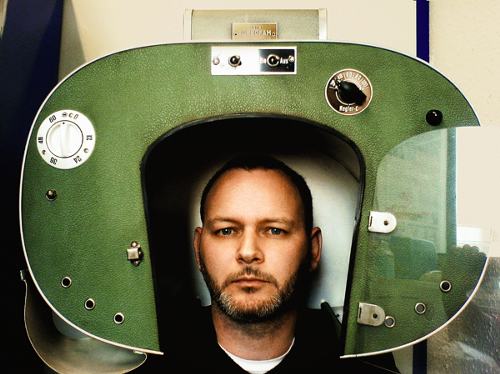 In any business, but especially in the business of music, it helps to have powerful friends. Irish DJ Marcus Lambkin (aka Shit Robot) has been blessed with some very, very powerful friends, a lot of whom bring stellar work to his debut album, last year’s From the Cradle to the Rave. From LCD Soundsystem founder James Murphy and fellow Soundsystem member Nancy Whang (also of the Juan MacLean – and hey, MacLean is on this thing, too!), whose soulful yet bouncy entry, “Take ’Em Up,” is the album’s highlight, to Hot Chip’s Alexis Taylor, Cradle is the indietronica version of guest-spot-crazed hip-hop artist the Game, with one major difference: Lambkin doesn’t wither when left on his own. Sure, the guest stars help to move units – Murphy is also guest-DJ’ing at some of Shit Robot’s tour stops (sadly, not ours), but he’s developed an assured solo presence. It may not be one as pop-heavy as the guested tracks – left to his own devices, Lambkin leans toward instrumental thumpers – but he’s quickly becoming a force on the dance floor and in headphones alike. – Justin Strout (with Galactique; 8 p.m. at Firestone Live, 578 N. Orange Ave.; $10; 407-872-0066; firestonelive.net)