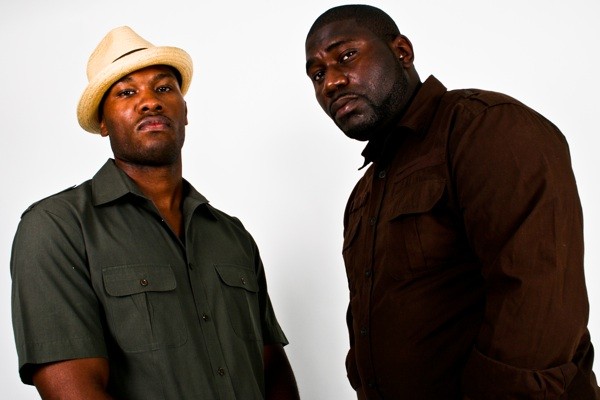 This week is Christmas for hip-hop nostalgists. Not only do Orlandoans get a visit from legendary duo Dead Prez, but this week also brings the release of new albums by Royce da 5’9”, the rapper who spent much of the last decade sore from his famously contentious falling out with Eminem in the 1990s, and – as if we have to say it – Watch the Throne, a duet album from one of the ’90s’ brightest stars, Jay-Z, and the following decade’s most notorious standout, Kanye West. Oh, and that documentary about A Tribe Called Quest opens Friday. Finally, tonight’s show is the cherry on top of the hip-hop sundae: A reunion gig for a few of the late-’90s/early-aughts’ best local hip-hop duos, New York-inspired Nu-Ridians and futuristic sci-fi cats Andromeda, the latter of whom popped up last summer in OW’s feature on the best local songs of the last 15 years. Life got in the way of both groups’ success – aside from Andromeda’s continuously bright-shining DJ SPS, at least – but the Nu-Ridians’ co-conspirators Les Deal and C-Monk are ready to rock the mic once again, while Andromeda’s other half, rapid-fire MC Carlos Ramirez, returns to the Social stage he (figuratively) set fire to nightly a mere decade ago. Our cup runneth over. – Justin Strout (with Doxside Music Group/Paradox Unit, DJ SPS, DJ BMF; 9 p.m. at the Social, 54 N. Orange Ave.; $7; 407-246-1419; thesocial.org)