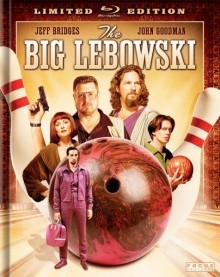 Well, Urban Achievers, tomorrow sees the release of the limited edition Bluray of the Coen Brothers' The Big Lebowski.

To celebrate the release, there will be a live reunion of some of the cast and crew at Lebowski Fest in New York.

Since most of us can't be there, the event is being streamed live online, starting at 6:30 pm with a pre-show interview with the real Dude, Jeff Dowd.