Will Polk County Sheriff Grady Judd finally get his own reality TV show? 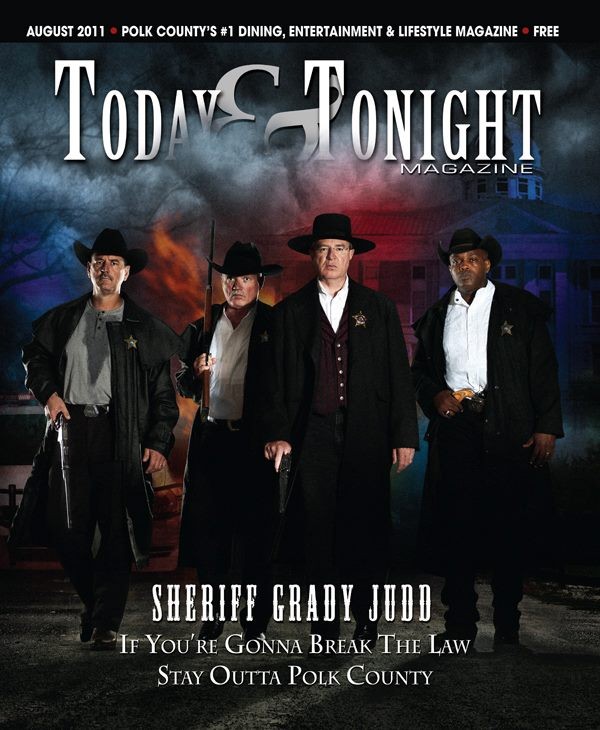 It was only a matter of time: outspoken, moralizing Polk County Sheriff Grady Judd has finally been offered his own reality TV show by a Lakeland-based production company. According to the Lakeland Ledger, Judd is giving the proposal some serious thought: "I'm torn between doing it without disrupting our work and if it's good for our community, then it would be wrong for me not to do it."

In February, the Orlando Weekly profiled the Baptist sheriff and his highly public crusade against adult material in Polk County, which Judd believes is the only county of its size to have no adult entertainment outlets whatsoever (the manner in which he purged adult theaters, video outlets and bookstores from the county is detailed in our article). Judd has made headlines not only because of the international scope of his battle against "smut," but in his off-the-cuff remarks given to reporters, which taken as a whole, have made him an extremely polarizing figure.

When a fugitive who murdered a Polk deputy was found and gunned down by law enforcement with a combined total of 110 bullets, Judd explained the number by telling reporters that was "all the ammunition ?they had." (Judd also called the fugitive, 27 year-old Angilo Freeland, "pure evil in the flesh.")  In his recent decision to require inmates to buy their own underwear, Judd told The Ledger that those who could not afford boxers or briefs would simply have to "let the breeze go up one leg and down the other."