An American Muslim, raised in Florida, writes from Saudi Arabia 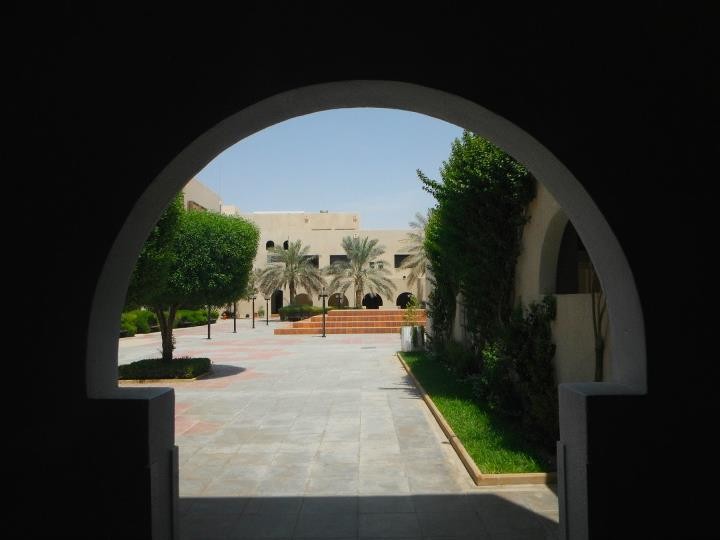 In July we published a piece examining the allies of Arab revolutionaries here in Florida, and in doing so, told the story of Dena Atassi, a Syrian-American born and raised in Orlando. Atassi, a Muslim, recently told us that she had moved to Riyadh, the capital of Saudi Arabia, to begin teaching at an all-girls school for one year. Interestingly, we had just written about Saudi Arabia: In our Sept. 7 cover story, “Unfinished Business,” we explored an unsettling Saudi connection to 9/11, and profiled the Central Florida man aiming to bankrupt alleged Saudi financers of the attacks. Therefore, banking on some lingering interest in the Saudi Kingdom amongst our readership, we figured we would ask Atassi to give us a glimpse into the country. Here is what she sent us. (The note has been edited for clarity and brevity; “Suzie” is her cat, which accompanied her on her trip.)

Suzie and I live in an isolated building in which two other American expatriate teachers and our male driver live. Each of our apartments shares a common stairwell that leads to a door which remains locked to the outside world. I and the other two American teachers were not given keys to this door. When one of us needs to go somewhere, she must coordinate with the other two Americans, inform the driver, and schedule a group outing. Then, the iron-gate door at the bottom of our stairwell that leads outside is unlocked, and we are led to the back seat of a van [Driven by a male—it is illegal for women to drive in Saudi Arabia. It is, however, okay for them to pilot an aircraft, as long as they are chauffeured to the airport. –JG] with very dark, tinted windows. I look out at the intense desert sunlight reflecting off of white rocks and construction debris as our driver abruptly shifts gears, dodging other cars to avoid crashing into one of the many vehicles outside of its appropriate lane. The other two teachers grab their stomachs in horror.

We joke about how it is impossible to maintain a professional relationship with our supervisor--one of the three teachers in this van--when we have to go shopping with her for Gala apples and bathroom rugs. Our first trip outside of our apartments was to a small, dusty store in an outdoor shopping area that sells abayas-- long, black robes that all women must cover their bodies with by law in Saudi Arabia Although I find traditional Islamic dress beautiful, I suddenly felt apprehensive at the idea of being forced to wear only the color black outside in the desert sun. After we make our purchases--waiting patiently for our Egyptian driver to bargain with the Pakistani salesman, we return to our tinted car.

"I can't see crap through this heavy tinting," my new co-worker from North Carolina responds sarcastically, "Because I am a woman. And therefore my beauty has to be shielded from the world." After pausing for a moment to think, she added, "I don't blame 'em. My beauty is freaking radiating."

When I get home, Suzie greets me at the door. It took her a few days to recover after our 12 and a half hour flight to Riyadh from Washington, DC, and she laps up as much cold water as I do. On the flight, Suzie was allowed to violate airline regulations--for the majority of the flight she sat quietly on my lap, purring. She also sat on the lap of another person--a Saudi Arabian medical student sitting to my left by the window. I apologized and tried to pull her back, but he told me that he loved cats and didn't mind her sitting with him. His mother was from Syria--my dad's home country--and his father from Saudi Arabia. He spoke to me about feeling chased away from the Islamic faith because of the rigid application of our religion in Saudi Arabia. "I have so much respect for girls like you," he told me, "because in America no one forces you to cover your hair, but you do because you truly believe in it, not just because it's the law."