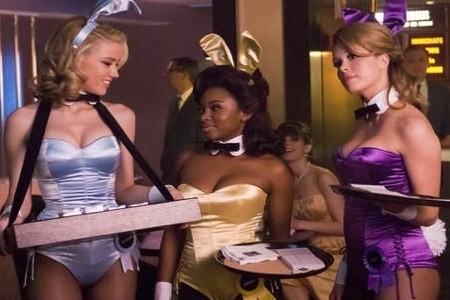 The negative advance buzz on The Playboy Club, the first of the season’s two major-net Mad Men knockoffs, was entirely correct. But the one element I didn’t see adequately acknowledged in the initial pans was the uncanny degree to which star Eddie Cibrian is a vocal dead ringer for Jon Hamm. The Cib could have a brilliant career ahead of him if Hamm ever gets too full of himself to show up for looping. Otherwise, The Playboy Club is just blah, an ingratiatingly retro potboiler in which a bunch of really serious stuff goes down for a gaggle of Chicagoans you don’t give a fleeting damn about. (I guess that makes it a potsimmerer.) The mob hits and sexual shenanigans lack the manic focus of camp, with the writers and performers instead attempting to pursue multiple avenues of suck simultaneously. The dialogue, for example, manages to be both overheated and pat; it’s as if somebody chained Mickey Spillane to a Lenovo and then told him he could only write exposition. I don’t think I’m going out on a limb in predicting the series will be gone by Thanksgiving, although in the interim, it appears to exert an influence of a different sort: The morning after we watched it, my wife said that even her dreams had seemed poorly written.