Presidency 5 ... the sadness after the debate 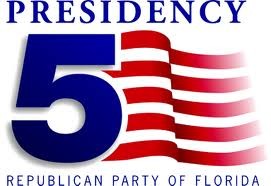 Here's Casey Morell's last dispatch from the Presidency 5 debate, filed at 2 a.m., well after things at the Orange County Convention Center had died down ...

There may not be anything creepier than an empty convention center — especially one as massive as the one we have here in Happytown.

You see, it'd been a while since I attended anything out at our lovely, shiny haven to corporate events and trade shows, so I was more or less unfamiliar with the layout of the entire complex. Presidency5's events were taking place in the South Hall; I parked near the West Hall, thinking that it couldn't be that far to get from one to the other.

As one of the guards told me, it's about a mile-long walk. Granted, all indoors, but still a mile.

When I got to the convention this afternoon, there were people milling about the West Hall trying to get to where I was going as well; leaving around 12:30 at night, though, the place was empty. I wouldn't have been surprised if I were literally the only person in the entire building.

I walked through a hallway that ran along the ceiling of one of the main convention spaces. Strewn below me were the remnants of a security conference held earlier in the week; the cleaning efforts, if any, were slipshod. The convention hall became more or less a series of empty spaces with a few things thrown in for good measure.

And that's kind of how I felt about the debate tonight.

We saw Gov. Romney effectively dodge, duck, dip, dive and dodge his way out of answering many questions, much to the chagrin of the press corps in the Chateau Google (who audibly sighed and groaned at every non-answer). We saw Sen. Santorum not only forget (or refuse?) to thank a fellow American for serving in the armed forces but also believe the easiest way to deal with the fake-thorny issue of gays in the military would be to seemingly ban all sexual relations between personnel.

It was a debate that will be remembered not for clever bits of policy discussed, not for intelligent discourse, not for anything other than bickering between Govs. Perry and Romney.

Empty spaces with a few things thrown in for good measure.

Regardless of your political leanings — left, right, otherwise — I think we can all agree that the last thing we need right now is empty, hollow rhetoric. But that's all we got.

Casey Morell is the general editor of the New College of Florida Catalyst and interned with Orlando Weekly in the summer of 2010.