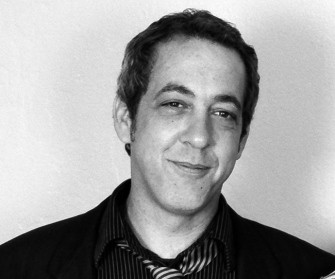 The basics: Sunday, Oct. 23. A one-day indoor/outdoor street festival. Proceeds go to Ralph's girlfriend and family. Starts at 4pm on Pine St. Donations can be made otherwise at any Wells Fargo Bank.

Ralph Fest Tribute and Benefit Show to Honor Ralph Ameduri Jr.
Our friend and brother in music and in creativity, Ralph Ameduri Jr., 45, was shot and killed in a robbery attempt as he was taking a break at a gig at a Winter Haven bar on Sept. 10. Ralph’s loss has left his family, friends in Orlando and across the country and the entire Central Florida arts community trying to heal and make sense of this tragedy.
On October 23, 2011 Ralph’s family, girlfriend Catie Scatterwhite and many close friends would like to invite the Central Florida community to attend an event to honor Ralph, the scope his of impact on the Orlando music and arts scene and the immense diversity of Ralph’s talent.  It is their hope that through coming together to celebrate Ralph’s music and talent everyone can find the healing that is needed. All proceeds from this event will be given to Ralph’s family and girlfriend.
Ralph Fest will be an all ages event in the style of an outdoor/indoor one-day street festival which will be held in front of Bullitt Bar on Pine Street between Orange Avenue and S. Court Ave. This event will feature musical performances on multiple stages, raffles, vendors, street food and beverages served from multiple bars. A list of performers will be released in the coming weeks. Please plan to attend this tribute show to honor Ralph Ameduri Jr. and his contributions to music and arts in the Central Florida community and the world.
WHAT:   Ralph Fest Tribute and Benefit Show to Honor Ralph Ameduri Jr.
WHEN:   Sunday, October 23, 2011 4:00pm -12am
DETAILS:  This will be an all ages event, which will feature musical performances, vendors, multiple bars and street food. Details on performers will be released in a full press release in the coming weeks.
WHERE:   Pine St. from S. Court Ave. to Orange Ave. in front of Bullitt Bar,
33 E. Pine St. Orlando, FL. 32801 407.240.1111
ADDITIONAL:   Anyone who will not be able to attend the October 23rd event or anyone who wishes to donate toward the cause now can visit any Wells Fargo Bank and let the teller know that they want to make a donation to the Ralph Ameduri fund/account. That money will go directly to Ralph's family, girlfriend and funeral costs.
Ralphameduri.com will be live as of next Monday, Sept 26th. There will be a feature on the website where users can donate directly to Ralph’s long time girlfriend Catie Scatterwhite.
Anyone interested in vending merchandise or food at this event can contact Jessica Pawli at jessicapawli@gmail.com