Welcome to the occupation 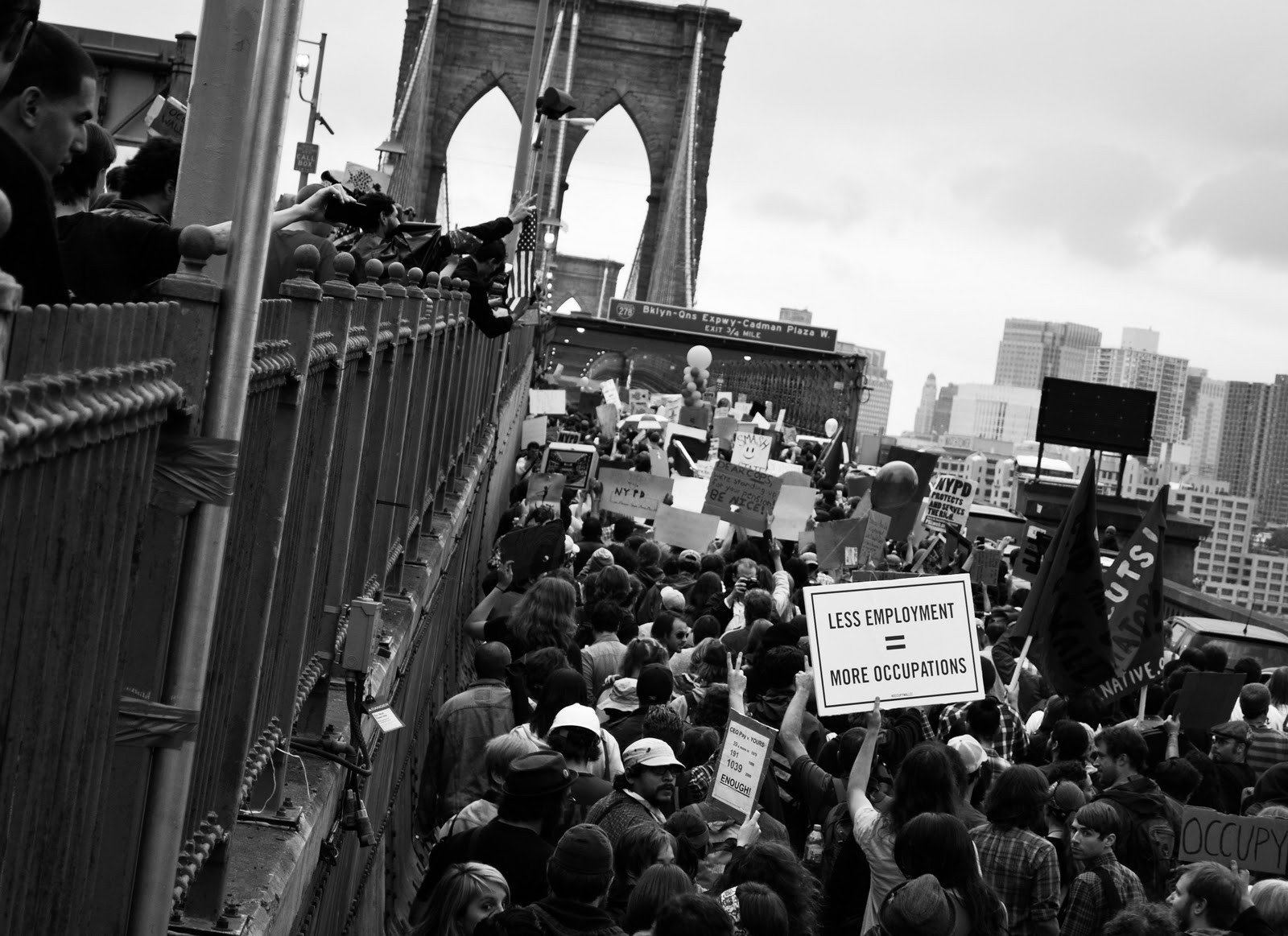 You may have heard that over the weekend, throngs of protester with the Occupy Wall Street movement attempted to occupy the Brooklyn Bridge in New York City. Hundreds of people swarmed onto the bridge, then were promptly netted and arrested by police.

The story didn’t warrant much coverage in the New York Times, which reported it in a below-the-fold story in an inside section; an early online version on Saturday that initially noted that police actually appeared to allow people onto the bridge, entrapping them once they were a third of the way across, was later changed to omit that observation.

Ben Valentine, a 22-year-old who works for an artist in Brooklyn, was there at the bridge that day. He showed up with his camera and documented what he saw. One of his images is above. The rest can be viewed here.

"I think that most people had no clue they were walking into jail," Valentine says. "We all thought they were allowed to march, and the police watched us as we did it, so we were shocked when they began arresting them."  Valentine was on one of the bridge's pedestrian walkways, so he wasn't among those arrested.

Despite coverage that has thus far painted the Occupy Wall Street movement as a bunch of overprivileged slackers beating on drums in a park, he says the crowd he witnessed was a fairly broad cross-section of regular people: "I saw families, African-Americans, Hispanic," he says. "Mostly I saw a lot of young men and women like me: college educated, articulate, employable (I say employable not employed), who were passionately talking about how the market is tanked and the people responsible aren't being held accountable. They were upset, but very excited. It felt like the solution to a problem was on the horizon. I think these are the kids of this county's future, just like most of the protesters of the '60s turned out to be important members of today's society."

The Occupy Wall Street movement has, it seems, gone viral. In addition to all manner of Occupy [your city name here] Facebook pages and posts, YouTube videos and Twitter feeds (@occupywallstreetnyc), there's live, streaming coverage of the action on the ground in New York. And the movement is spreading to other cities, including Orlando.

On Oct. 1, a handful of protesters stood outside the Bank of America in downtown Orlando, and on Wednesday night (Oct. 5), Occupy Orlando will hold its first general assembly at 7 p.m. at the Orange County Regional History Museum. Orlando may not have any bridges to occupy, but we've certainly got plenty of underemployed citizens full of angst about the current state of things.