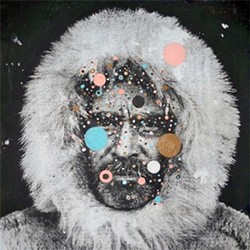 Phantom limb syndrome is the eerie sensation that a severed member is not only still present, but in pain. Basically, when something is lost, the brain remaps itself so as to create a substitute – a somatic analogue to hallucinating a lost love. (And who hasn’t glimpsed their ex’s face in a crowd at least once?) Phantom Limbs, “an artist collective designed to sever and reattach at will,” seeks to provoke the same tingle while displaying “the glory of the body whole upon every encounter.” Saturday sees not only the launch of this group comprising some of Orlando’s most prolific talents (Scott Donald, Dres13, Sean Hartman, David Hoskins and Brandon McLean), but also the official debut of Mother Falcon’s bar space, more revelry- than retail-oriented. Try not to drink until your arms fall off. – Jessica Bryce Young (8:30 p.m. at the Falcon, 819 E. Washington St.; free; 407-423-2788; falconbar.com)