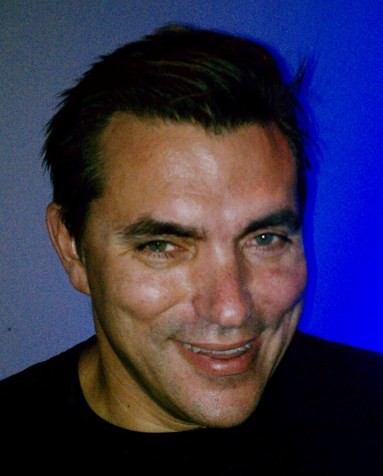 I sat down with charismatic celebrity chef, restaurant mogul and all-round polarizing culinary icon Todd English while he was in town to attend the Food & Wine Classic at Disney’s Swan & Dolphin Hotel (also the site of Todd English’s bluezoo restaurant). Yeah, he’s burned a lot of bridges in his hometown of Boston, and he’s no stranger to the gossip pages, but this self-described adrenaline junkie has never made secret his drive to transcend the bowels of the galley and turn Todd English, the Chef, into Todd English, the Brand. Some see him as the quintessence of the absentee celebrity chef, some see him as an irresistible and ambitious iconoclast, but on this particular evening, it was Todd English the personable, down-to-earth, sake-sipping bon vivant who seemed more than happy to talk food indulgences, game hunting and fast cars.  – Faiyaz Kara

OW: Apart from bluezoo, where do you like to dine when in Orlando?

TE: I’m usually just here. When I’m here, I dine at my restaurant, but I’ve been out to Ravenous Pig. And I gotta tell you, the guys at Seasons 52, they do a great job.

OW: What is your favorite Sunday morning meal to cook at home?

TE: It’s interesting because my Sunday mornings are usually Sunday afternoons. I grew up in the South and my greatest memories are going to barbecues or going to suppers after church, which would start in the afternoon, so it’d be like fried chicken, collard greens, cheese grits, biscuits, gravy and roast ham. That’s what I love cooking at home. My other side, my Italian side, I’ll do spaghetti and meatballs and red sauce.

OW: What celebrity chef do you love to hate?

OW: And the follow-up is, what celebrity chef do you hate to love?

OW: Formula One or NASCAR?

TE: There are two sides to that – what I think it is, and what I hope it is. The economy drives a lot of our decisions today and unfortunately, we’ve been traumatized by the current economic situation. Someone will spend 99 cents on a Happy Meal, or whatever it is, to feed their family when a head of broccoli costs $1.29, so they’re going to make the obvious choice. But I do believe, I do believe that America wants to get healthier, and I believe it’s going to happen. And because people want it, fast food chains are starting to say, ‘OK, we need to change our ways,’ and that’s a good start. I really believe we’re going to wake up and say we want food that’s going to make us better. I’m not saying we’re not going to indulge, because we are, but it’ll be a more dark-chocolate kind of indulgence, as opposed to a sweet-marshmallow indulgence.

TE: It’s funny, I don’t eat pasta like I used to eat pasta, but when I really want to indulge, and that’s a guilty pleasure, a great cacio e pepe is as good as sex to me.

TE: There’s two answers to that. I like to exploit game, but there’s domesticized game like venison from New Zealand, and they’re raised like cattle and they’re finished on corn, and yeah, it’s still venison, but it’s not game meat. Then there’s cinghiale (wild boar) in Italy or Scotch grouse or pigeon or pheasant, but honestly the one I think Americans can get used to, and my favorite – and it’s truly my favorite meat in the world, there’s no better meat when it’s cooked and done well – rabbit. One hundred percent, the best. Problem is, I can never put rabbit on my Easter menu [laughs]. And I also really love squab, and venison to a certain extent. Now you eat wild venison and it’s totally different. A lot of the hunted venison, they dine in corn fields. Hunting season is in the fall and I hunt, so these deer are eating corn in the fields, so they’re basically getting finished like cattle – fattened on corn. So when you kill them, you’ve got a corn-fed venison and it’s delicious.

TE: Iron Chef USA was awesome because it was stadium seating with 10,000 people in the stands. It was as big and bold and cool as it gets, and how can you not love [Chairman] William Shatner?

OW: How would you make airplane food better?

TE: It’s about keeping it simple and uncomplicated. Some of the best food in the world is simple and getting really good quality ingredients to people. If you get really good turkey and you put it between two really good pieces of bread, I’m happy, I’m really a happy person. Or maybe a really simple great vinaigrette. It’s a situation where we need to take one step back to take two steps forward. We get too caught up in the appearance. When I was working with Delta I said, look, get some big containers and serve hot chili, because that’s a simple thing. For me, I’d be thrilled if I got a big bowl of chili and a little thing of cheese and some chips. I’d be psyched. You have to uncomplicate things to make them better, and that’s what airlines really need to think about.