October 15, 2011 at 2:50 PM
comment
Occupy Orlando’s first march concluded shortly after 1 p.m. today, and at least a couple OW staffers were present to behold what was one of the largest demonstrations I’ve seen downtown in years. To my knowledge, participants are at this moment taking turns sharing the microphone at Senator Beth Johnson Park, where the march first started at 11:30 a.m. A group organizer tells me that Occupy Orlando is hoping to hold a general assembly—a consensus-based meeting where organizing matters are discussed—around 4 p.m.

We’ll be writing much more about this movement in the coming week—keep in eye out for further coverage in Wednesday’s print edition—but below are a selection of photos from the march, in chronological order. The first photo bears some explanation: just before the march, Orlando Police Department Chief Paul Rooney took the stage to remind the organizers that the park which they are currently occupying will close at 11 p.m, and that staying after-hours is a misdemeanor offense. It’s unclear if the Occupy Orlando movement will venture to perform any civil disobedience, but I guess we’ll know by 11 o’clock tonight. Stay tuned. 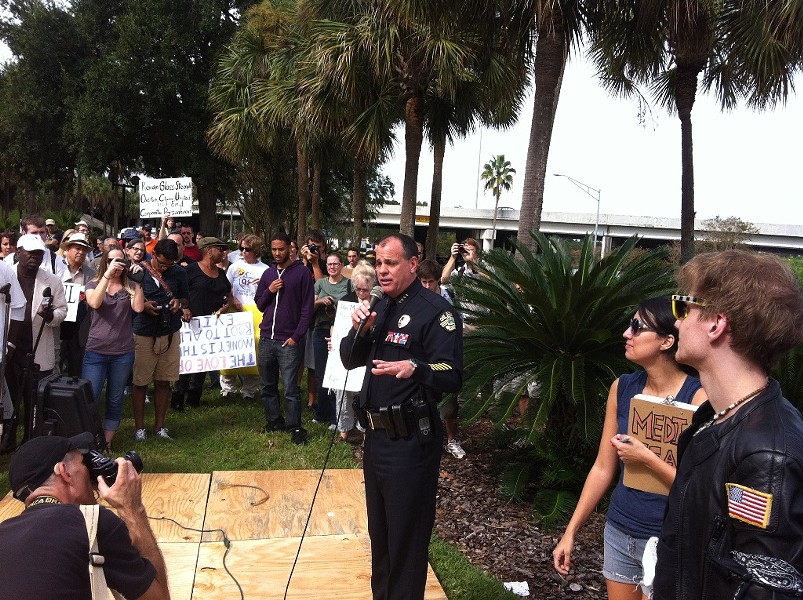 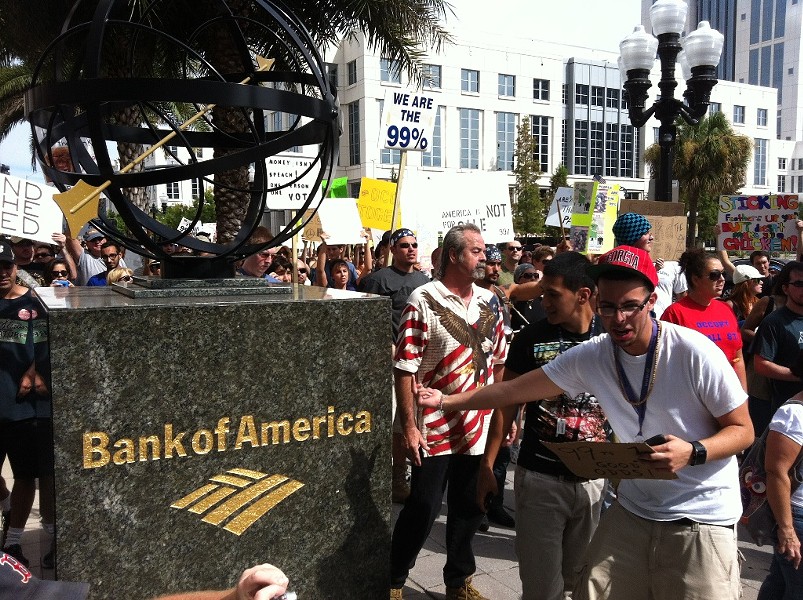