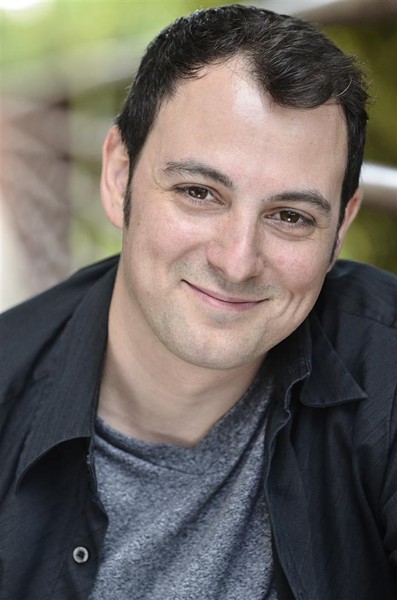 Each May, our city's cultural calendar is dominated by the Orlando International Fringe Theatre Festival, or as I like to semi-seriously refer to it, “the week-and-a-half when Orlando doesn't suck.” The end of the 2011 festival was marked by the surprise announcement that 7-year festival producer Beth Marshall was stepping down from the position, and would be replaced by a new producer for the 2012 edition.

In the months since, the Fringe board of directors assembled an all-star search committee (including representatives from the Orlando Rep and Shakes, along with former Sentinel critic Elizabeth Maupin) to find a replacement. After much speculation, their choice was announced this afternoon: effective November 1st, local actor/director Michael Marinaccio will assume the position of Orlando Fringe Producer, with George Wallace continuing as the festival's General Manager.

I've secured for Orlando Weekly readers the very first interview with Mr. Marinaccio, transcribed below for your reading enjoyment. Also below is the full press release on his appointment direct from the Fringe.

[Full disclosure: I've known Michael personally and professionally for a decade, and worked with him on several past Fringe productions.]

Can you start out by introducing yourself to anyone who might not know you?

I am a local theater artist. I've been doing theater for over 20 years here in Orlando. I'm an actor, director, teacher, and producer, and I'm thrilled to be joining the Orlando Fringe staff.

What made you want to take on this position?

I've been an artist at the Fringe for 15 years, and over those 15 years I've done 17 shows, so it's really my theatrical home in a lot of ways. It's where I found my artistic voice and learned my craft, and it afforded me opportunities I wouldn't have had elsewhere. I'm so passionate about the Fringe because it allows artists to produce whatever they can imagine, to live out their dreams onstage. It's also an amazingly fun festival; I've seen 100's of shows from around the world. It's the most eclectic live entertainment offering in Orlando, and I just love it.

What is your first priority coming in as the festival producer?

Immediately I need to get acquainted with the technical and financial side of the job. But the most important thing right now is applications. Our application deadline is November 15th for the 2012 festival. I want to get out into the community and let them know that Fringe is in good hands. I'm going to give my entire heart and soul to this job, so artists can feel comfortable applying and bringing their talents to the Fringe.

Do you have a message artists and Fringe supporters who were familiar with long-time former Fringe producer Beth Marshall, and who may have been taking a “wait and see” attitude while a new producer was selected before committing to next year's festival?

Michael is no stranger to Orlando Fringe.  He is a veteran actor, director, producer, and volunteer through the last 15 Fringes.  "I am thrilled, humbled, and honored to have the opportunity to serve this community as the next Festival Producer of the Orlando International Fringe Theatre Festival. As Producer, I look forward to working with the board of directors, staff, artists and the Central Florida community to continue to grow the Festival.   My vision for the coming years is to attract and include more local, national, and international artists and to reach new audiences with one of the most eclectic offerings of live entertainment in the world. Most of all, I hope to pay it forward by helping other artists find their voices, and witness the art of their dreams become reality" said Marinaccio.

"I am extremely excited to have Mike on board the Fringe team, and I look forward to working together to present the best Fringe Festival in the United States" said George Wallace, General Manager.  "He is well known in the arts community and an outstanding choice".

The Orlando Fringe Board of Directors took great care in this hiring process.  An advisory panel representing many faces of the Fringe - volunteers, staff, artists and audience members - was recruited to help develop the role of the next producer.   Then, a search committee, comprised of six community arts leaders and two members of the Board of Directors was tasked with finding the right person for the job to recommend to the Board.  A final decision was made by the Board of Directors with the help of feedback of the committee.

"I am very proud of the community's involvement in this search process. I cannot say thank you enough for their commitment and guidance in helping us fill this very important role" said President, David F. Baldree.  "Michael is a wonderful addition to the Orlando International Fringe Theatre Festival team.  We are excited for him to get started."

The Orlando International Fringe Theatre Festival is the longest running Fringe in the United States.  It is a member of the Canadian Association of Fringe Festivals (CAFF) and United States Association of Fringe Festivals (USAFF) and follows the mandate to remain 100% unjuried, 100% uncensored, 100% accessible for artists and audiences alike, with 100% of ticket sales given back to the artists.  Orlando Fringe is a 501(c)3 non-profit organization, and receives generous funding from United Arts of Central Florida, Orange County Arts & Cultural Affairs, City of Orlando and the State of Florida Division of Cultural Affairs.

Orlando Fringe brings artists from diverse and disparate mediums together for thirteen days to create Central Florida's premiere arts event.  The 2012 Festival opens May 16th and ends May 28th.  For more information, visit www.orlandofringe.org or call 407-648-0077.