Selection Reminder: The Adventures of Ichabod and Mr. Toad at Enzian! 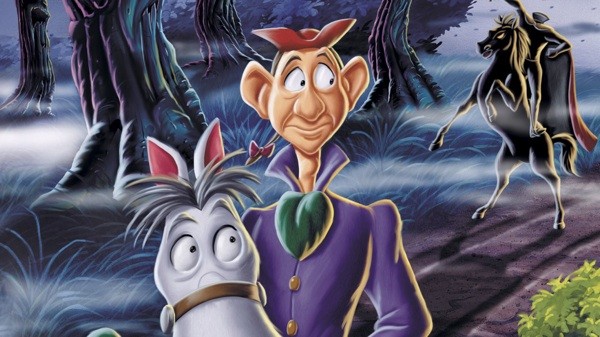 Sunday, Oct. 30 – The Adventures of Ichabod and Mr. Toad

No, this isn’t an amphibious mashup of two classic stories, but a freshly dug up treasure from 1949 by Walt Disney Productions and originally released by the famed RKO Pictures. This two-part animated classic – half a Basil Rathbone-narrated version of The Wind in the Willows which, we’re sorry to say, was bested by the stop-motion ’80s take, and half a fantastically spooky Sleepy Hollow rendition told by Bing Crosby at his best – was very recently restored by the New York MoMA as part of their Tim Burton exhibition. (Burton lists Ichabod and Mr. Toad as an early inspiration.) To even the Enzian’s surprise, our local art house got hold of that print and decided to offer it as a kid-friendly Halloween weekend double-feature. Sure, it’s up against Puss in Boots for parents’ money, but at least here you don’t need special glasses or a second mortgage to see it. – Justin Strout (1 p.m. at Enzian Theater, 1300 S. Orlando Ave., Maitland; $5-$8; 407-629-0054; enzian.org)