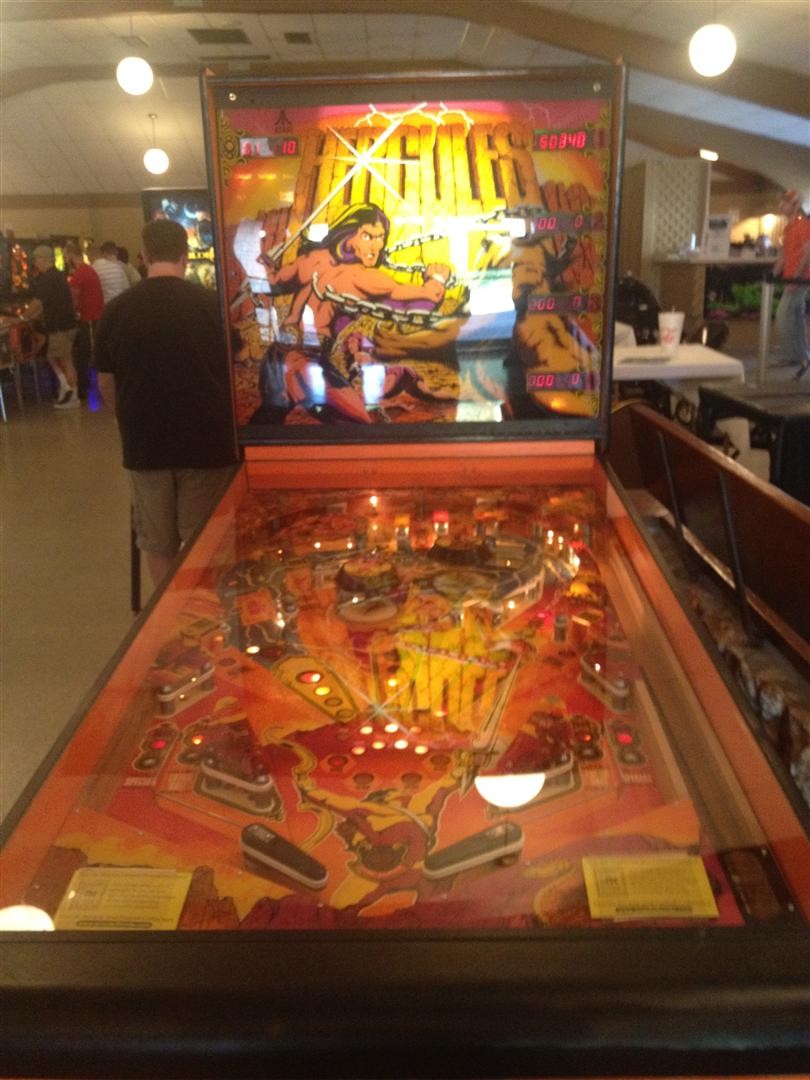 Ever since I was a young boy, I've played the silver ball. But I ain't seen like the Southern Pinball Festival, held last weekend inside Orlando's Maitland Civic Center. For three days, more than five dozen pinball machines from vintage to virtual, representing the entire range of the genre, filled the mod meeting hall with joyous cacophony.

On display were classic tables from the analogue era; several early electronic 80's classics (like Space Shuttle and Pinbot) that I remember well from childhood trips to the mall arcade; and many mid-90's models (like Twilight Zone) that I pumped way too many quarters into in college. And in case you thought that pinball was just a game of the past, there were brand-new machines based on movies like Tron Legacy and Transformers to push the genre forward. There were even oddities like the supersized Hercules table and a digital pinball machine with an HD flatscreen replacing the playfield; both were more fun to look at than to actually play.

Best of all, all the games were set to unlimited free play (in exchange for your $15 daily admission), and while nearly every table was in use, there was rarely a line more than a couple players long for any given machine, allowing me to sample a half-century of arcade history in a couple hours. The festival plans to return for another edition next year; visit SouthernPinballFestival.com for more info.