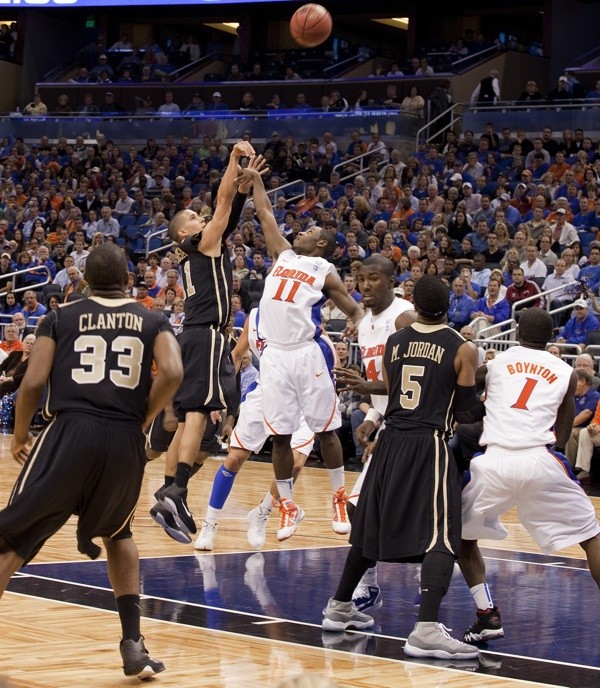 Didn’t you hear? Tonight, Amway Center will finally host its season-opening basketball game. No, poor Magic fans, we’re sorry to say this game won’t star your beloved (and cash-starved) NBA ballers. However, this court battle is its own David & Goliath tale, pitting Southeastern Conference powerhouse the University of Florida Gators against our distant Central Florida cousins the Stetson University Hatters of DeLand. There’s no denying the boys from Gainesville ride into town on major advantages: last year’s SEC championship, Elite 8 play and an impressive eight-loss season (Ironically, last year, the Hats won only eight games total.), not to mention the refined, seasoned leadership of Billy Donovan compared to rebuilding efforts by Stetson’s new head coach Casey Alexander. The Gators lead the all-time series against the Hatters 51-14, and their last meeting in 2009 resulted in a 74-46 smackdown by the Gators. But as the story goes, it only takes one stone (shot?) to knock down the giant, and with the impending gloom of a canceled NBA season, we’ll take any ounce of courtside action Orlando can scrape up. – Aimee Vitek (7 p.m. at Amway Center, 400 W. Church St.; $17-$102; 800-745-3000; amwaycenter.com)