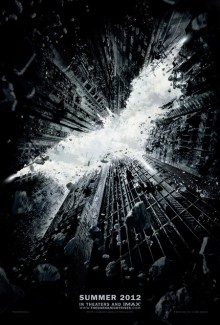 Warner's announced today that select theaters around the country will get a special screening of the first 6 minutes of Chris Nolan's The Dark Knight Rises on December 16th. And, hey, guess what? Orlando is on their list.

The clip will be attached to the 70mm Imax print of Mission: Impossible: Ghost Protocol at the Pointe Orlando Regal 20, which is located off of I4 down by the convention center (Google map).

You might remember that Warner's did this last time, showing a very advanced screening of the bank robbery section from The Dark Knight at special Imax locations. But for that one, you had to follow a series of online clues in part of their interactive viral game promotion. This time you just have to buy a ticket (so buy it quick!). Tickets look like they're already available on regal.com and fandango.com, so you should probably hurry up on that.