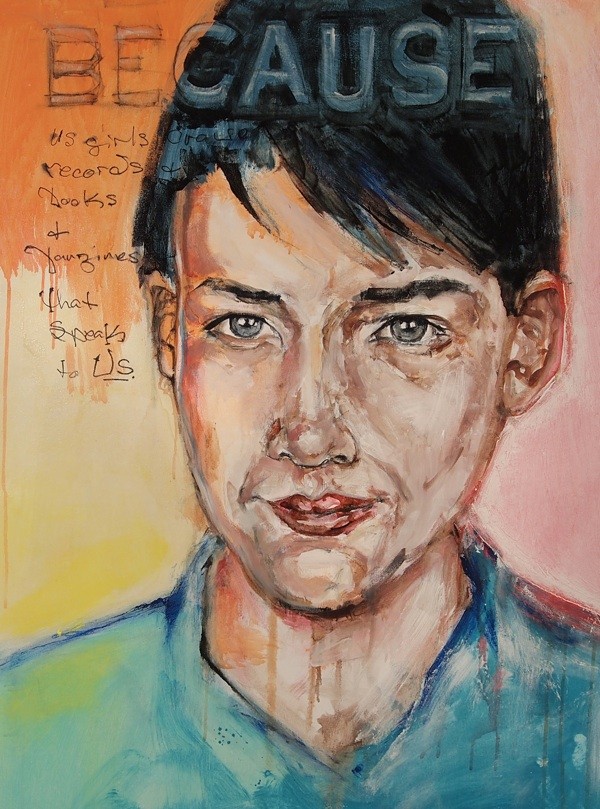 Not going to Art Basel this weekend? Don’t worry – you don’t need to drive to Miami to see what’s happening on the cutting edge of the art world. In fact, Mother Falcon is hosting an art show featuring the work of some of Orlando’s edgiest artists, themed around one of the most radical social/art/subcultural movements that modern slacker generations had ever seen. Riot Grrrl was an underground third-wave feminist movement that inspired a surge of anti-sexist, anti-racist, anti-establishment sentiment among young people – mostly women – that’s left a lasting impression on DIY/indie culture to this day. And that impression is reflected in the works of the artists taking part in tonight’s show (Cake Marques, Tracy Burke, the Naysayer and Karen Russell, among others). So, while your friends are making the three-hour trek to SoFla to have an overpriced weekend hobnobbing with the who’s who of the art world, you can earn your subcultural stripes by staying local and trekking to the Falcon for some grrr. – Erin Sullivan (8:30-11:30 p.m. at Mother Falcon Clothing, 817 E. Washington St.; free; 407-423-3060; motherfalconclothing.com)