People's Convention of Florida to take place outside City Hall 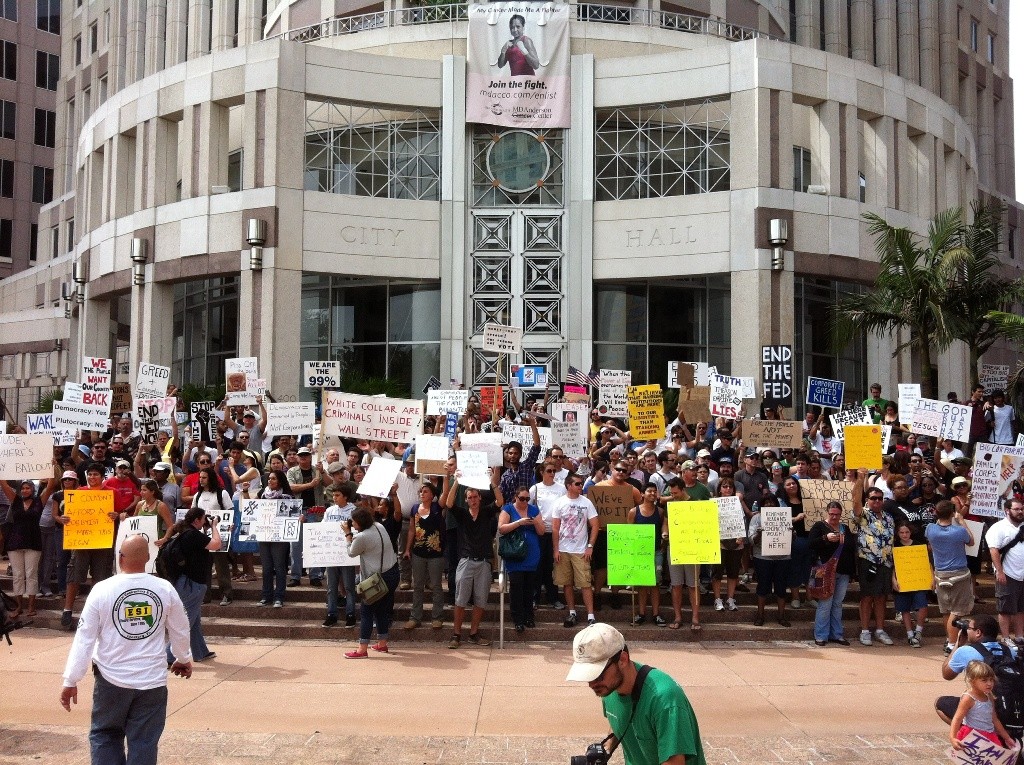 On Monday, we reported that Occupy Orlando planned to host delegates from Occupy groups across the state for the first People's Convention of Florida, taking place this weekend. Today, says Brook Hines of Occupy Orlando, the delegates will start trickling in and will meet at Senator Beth Johnson Park (from which Occupy Orlando was recently ousted by police) to prepare for the weekend's events, which will take place outside Orlando City Hall.

"We've got groups from 16 different Occupies coming to Orlando," says Hines. "I don't have a head count, but it looks like a couple of hundred people." The goal is to come up with a slate of proposals – "desired changes for the next legislative year," says Hines – to present to the legislature in Tallahassee when the new session begins in January. On Saturday, the delegates will break out into working groups to come up with suggestions to be presented; on Sunday, those proposals will be presented, General Assembly-style, outside Orlando City hall downtown. "We're praying for good weather," Hines says. Unlike previous Occupy endeavors, this one won't advocate for occupying public space or camping out. Hines says that due to legal issues – police have cracked down on Occupy movements around the country, arresting people for trespassing and removing belongings from public parks and sidewalks; in Orlando, police have continued to arrest people it thinks are affiliated with the Occupy movement for sleeping in parks or on sidewalks – Occupy Orlando is encouraging people coming to take part in the People's Convention to find a safer place to spend the night. "We are doing  hotel rooms and trying to get people to volunteer to take people in and not have a camping situation," she says. The People's Convention is open to anyone who wants to attend.