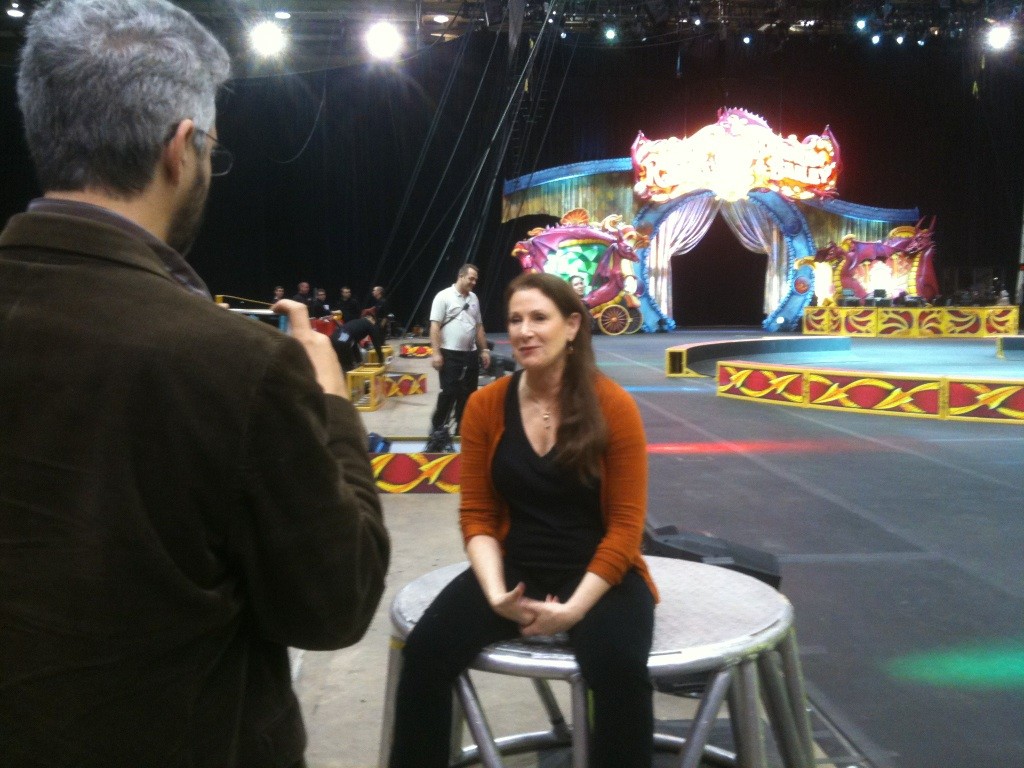 If, like me, you grew up as a fan of the Ringling Brothers Barnum & Bailey circus, Central Florida is a great place to be. Not only has the state served as the traditional winter home of the circus, but our region is ground zero for new productions of the century-plus-old show.

On Monday Dec 14th, I was invited to the Florida State Fairgrounds for a rare peek behind the curtain, as the circus showed off the opening scene from their upcoming "Dragons" show to the press. As you can see from the below video I shot, even in this rough rehearsal state -- without costumes, lighting, live music, or large animals -- you can get a sense of the scale of this latest spectacle , which is inspired by images of the mythological fire-breathing lizards from around the world. Interwoven with footage from the prototype performance, you'll also see clips of my interview with show director/writer Shanda Sawyer.

As an added bonus, after my video you'll also find a link to footage provided directly by the circus featuring their world-famous clowns. "Dragons" premieres in Tampa in a couple weeks, and you can see it for yourself at Orlando's Amway Arena January 12-16th.