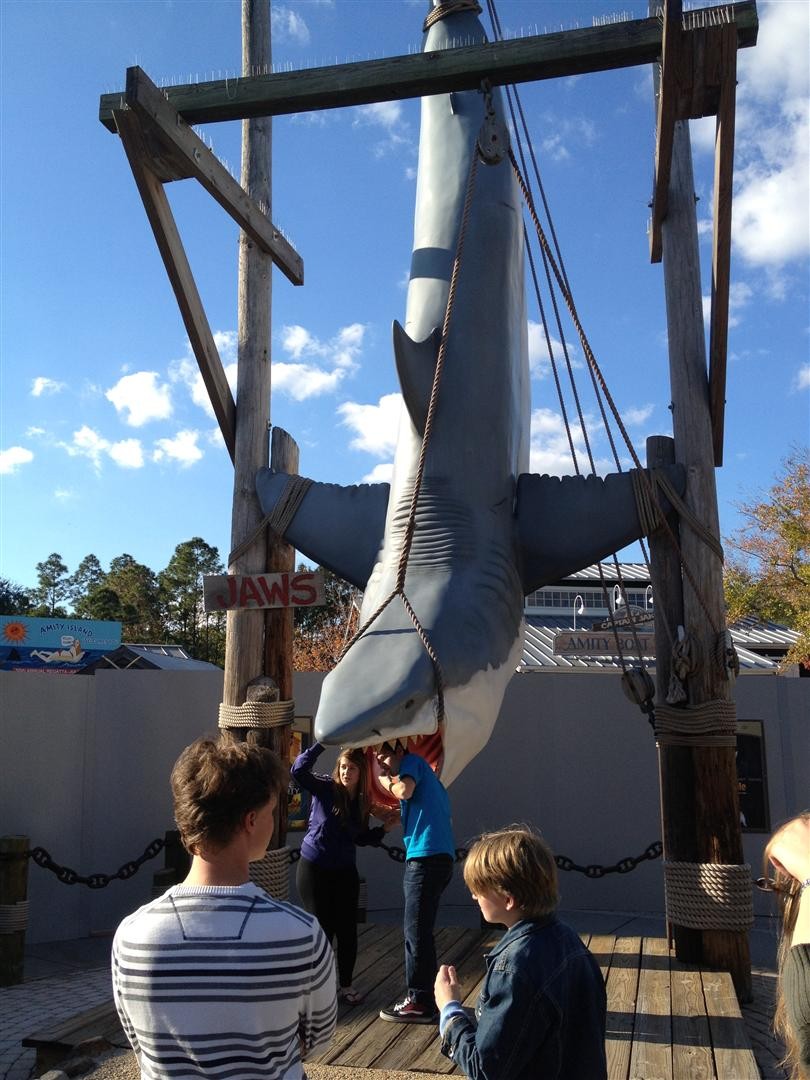 As I've repeatedly reported, Universal's Jaws ride is now most sincerely, clearly dead. I took a stroll through the park yesterday to inspect the corpse, which was quickly concealed behind construction walls. Plywood now covers all the shops and carnival games between the Disaster! attraction and the Fear Factor stadium. The ride's location and the "Amity" area name have already been wiped off the park map. However, the hanging shark in front of the former ride is still accessible, and remains (for the time being) a popular photo-op.

Ironically, just as the ride's 20-year legacy comes to a close, a lost artifact from its past has unexpectedly resurfaced. The legendary original version of the attraction -- which was shuttered for technical flaws after a few months and completely rebuilt -- has long existed only in hazy memories and one poor-quality Youtube video.

Recently, a new videotape of the short-lived attraction resurfaced, courtesy of Tom Croom, who you will remember as the organizer of the ex-skippers reunion covered in my recent column. This footage is especially rare, because it shows the complete attraction, and was filmed in an empty boat for the purpose of training new employees.