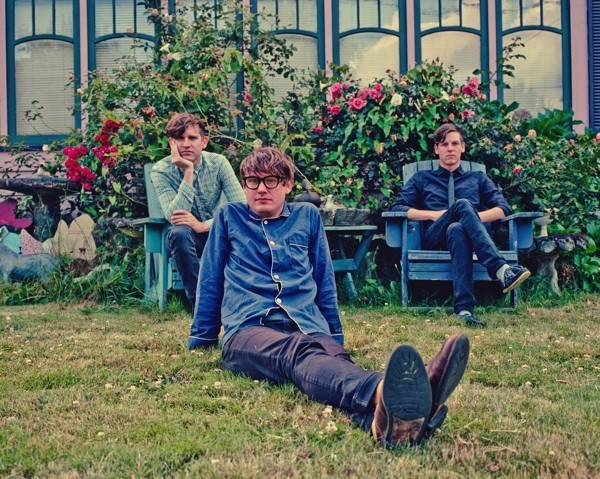 In a fire-starting New York Magazine piece late last year, pop-music critic Nitsuh Abebe, after claiming that today’s “indie” music is actually just modern adult contemporary, pointed to a promising sign for this generation’s authenticity: the increase in non-radio-friendly band names – “mission statements that tasteful professionalism and the approval of sober-minded adults are not among their interests.” Starfucker might have merited inclusion in Abebe’s examples (Pissed Jeans, Fucked Up, Child Abuse), if not for the Portland, Ore., electronic trio’s one glaring moment of capitalistic wavering. In October 2009, one month after their song “Rawnald Gregory Erickson the Second” was the soundtrack for a highly acclaimed Target ad, Starfucker announced a name change. They would now be called Pyramid. It was more, shall we say, friendly. They later tried to subvert the raised eyebrows by adding two extra “d”s to the end of Pyramid, eventually resigning themselves to the original Starfucker (or, sometimes, STRFKR). Rather than castigating the indecisive bunch for (briefly) showing their true corporate colors, however, we’re all for it. As they proved on last year’s album Reptilians, this is the kind of considered, polished-grain pop we want to be inundated with at the Apple Store, not the irritatingly adorkable sinisterness of smiley exec-pop like (shudder) Karmin. Yes, Virginia, there is a jingle spectrum, and these guys are at the right end of it. – Justin Strout