Coalition for the Homeless breaks ground on new homeless shelter 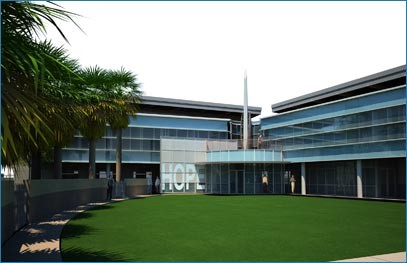 After two years of planning and investment, groundbreaking was held today for the Men’s Service Center, a new homeless shelter to be built in downtown Orlando. This ceremony marked the beginning of construction on the center, which should be completed and operational by 2013. Mayors Buddy Dyer and Teresa Jacobs attended the ceremony, along with City Council Commissioner Daisy Lynum and president of Coalition for the Homeless of Central Florida, Brent Trotter.

This residential center will replace the existing overnight semi-enclosed drop-in shelter. The new shelter will provide shelter and offer economic and life-skills assistance to homeless men, and it will be comparable to the Coalition for the Homeless’ 240-bed Center for Women and Families, the largest emergency shelter in Central Florida.

While it will only be able to accommodate 250 men – 175 less than the current overnight shelter – the Men’s Service Center will have rooms with beds to accommodate the physically disabled, and it will offer a First Steps substance-abuse program. The center will also provide a GED program, vocational and technical programs, employment and budgeting assistance and a dining room and kitchen for its residents.

Planning for the center began in May 2009 when Orlando Mayor Buddy Dyer and former Orange County Mayor Richard Crotty joined forces to invest $6.6 million over a 2-year period to help the Coalition for the Homeless construct the two-story center.

While there is dispute over the accuracy of counting the homeless, it is estimated that there were more than 3,970 homeless on any given day in Osceola, Orange and Seminole counties in 2009, and that 41 percent of them were single males. There are only 2,288 beds in shelters in the tri-county area – 1,742 less than the total amount of homeless. The Coalition for the Homeless says homeless men are “one of the most underserved segments of the homeless population,” and that the new shelter “will help men move toward self-sufficiency and a better life, thus benefiting the entire Central Florida community.”

The new shelter will be constructed on the main campus of the Coalition for the Homeless at 639 West Central Blvd.