The 17th annual Mardi Gras celebration kicks off this weekend at Universal Studios Florida with a Saturday night concert from the B-52s. The event continues on Saturdays and select weekend nights through April 15th.

This morning the media was invited to inspect the parade's 4 brand-new floats with Universal SVP Jim Timon, and sample some creole cuisine with executive chef Steven Jayson.

Admission to Mardi Gras is included with annual passes and regular park admission. Check out the photo gallery below; full event details follow.

WHAT: Universal Orlando Resort’s Mardi Gras celebration begins this Saturday, February 11, with The B-52s, one of the world’s most beloved party bands, performing live on the Music Plaza Stage.

The B-52s will rock the stage with their high-energy dance beats and witty hybrid punk rock sounds. For more than 30 years, they have remained one of the most popular rock bands in the world, selling more than 20 million albums and receiving three Grammy nominations. Some of their most popular hits include, “Rock Lobster,” “Roam” and the worldwide classic hit, “Love Shack.”

This year’s celebration features one of Universal Orlando’s Mardi Gras most powerful and diverse musical line-ups ever. With a combined total of more than 350 million albums sold, guests will rock out this spring to 14 of the biggest names in music during an authentic and family-friendly version of the famed New Orleans street party.

Headliners (Performing in the Music Plaza) 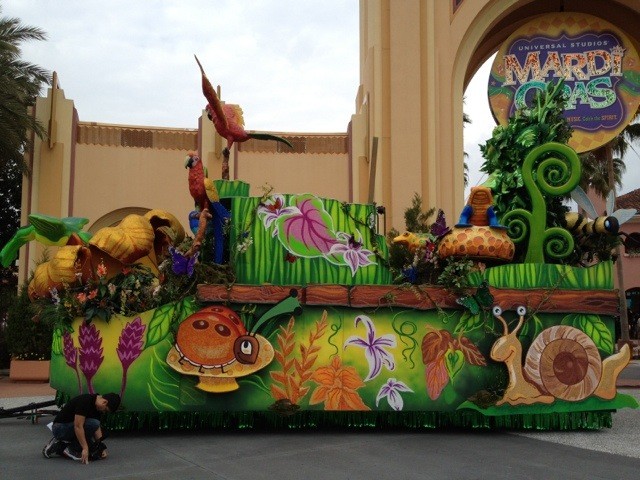