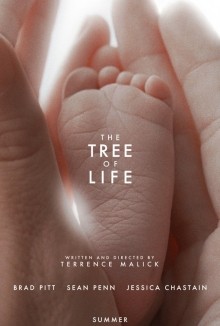 It's that special time of year once again: the magic of movies, the nose-to-nose horse race, the time of year where at least one person in your Twitter feed will feel personally slighted by Albert Brooks not being nominated -- yes, yes. It's Oscar time.

Here at OW Labs, we greet this time of year with as much tongue in cheek as we do seriousness. And with 33% bitterness that we haven't been nominated for anything.

So, just like last year, we will run through some of our favorite categories over the next six days and see who we think should come out on top.

Best Cinematography is a bit of an open category this year. It has no real front runner since the films expected to win big, The Artist and The Help, are not exactly what you'd call "outstanding achievements in cinematography". Emmanuel Luzbeki and The Tree of Life is the closest thing you could call a front runner, but The Tree of Life has been widely dismissed awards-wise since winning the Palme d'Or last year.

Despite looking old-timey, The Artist was shot digitally, grayscaled and then cropped to full screen in post production. I say that like a complaint, but they did achieve the look they were going for with a minimal "digital" feel, which most films that try for something similar cannot achieve.

The Girl with the Dragon Tattoo (2011): Jeff Cronenweth

There is a lot to like about Cronenweth's work on The Girl with the Dragon Tattoo. It's a dark, cold film, and Cronenweth brings that frozen crispness to every frame of the film, but one can't help but feel that it's too similar to the Swedish adaptation of the same book to really get the deliberation it deserves.

Hugo is a bit of a tough one to swallow in this category because there is so much manipulation going on in the frame that it's hard to figure out what is Bob Richardson and what is animated, composite or otherwise manipulated on screen.

The big thing that Luzezki and The Tree of Life have going for it is that even people who absolutely hated the film said it at least looked pretty. It's mind-blowingly beautiful, but there is a problem too: the shots the film is most known for now, the "big bang" sequence, was done by special effects guys under the direction of Douglas Trumbull.

Like The Tree of Life, the one thing that no one can deny War Horse is that it's a beautiful film. That's always the case with Kaminski, who has been shooting Spielberg's films for the last 20 or so years and even managed to make The Terminal look pretty. I'm trying very very hard to avoid using the term dark horse, but I've just failed. Dammit.

The Descision: It's got to be The Tree of Life, even barring the big bang sequence. Nothing else comes close to capturing the spirit of its film as well as Lubezki and his team have done here. As well, it is the only major category the film is nominated in and will probably get a vote overload since it is the only place to laud the film.