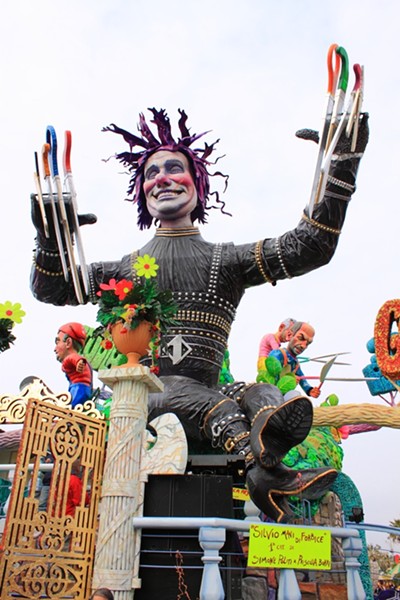 It may not seem like such a huge leap from the fantasy, hairdresser-by-accident world of the bondage-dressed Tim Burton concoction, Edward Scissorhands, to Orlando’s favorite fairy tale, the Parliament House – after all, most of the movie was filmed just about an hour to the west of the gay mecca in Lakeland and Tampa; also, accidental hairdressers – but huge leaps are to be expected so long as the twisted head of dancer Willy Marchante (VarieTease, Twisted Enchantment) is involved. In what’s being billed as a 58-minute “dance spectacle” with “music-video like production” – meaning not much Dianne Wiest chatter, we guess – Marchante will re-tell the tale that inspired a whole generation of uneven beehive hairdos and shaped shrubbery whimsy. No word on whether Marchante’s version will build off the maligned dance production of the show in 2005, but you can bet this will be a sharp (ha!) take on what it means to live – and cut – outside the lines. – Billy Manes