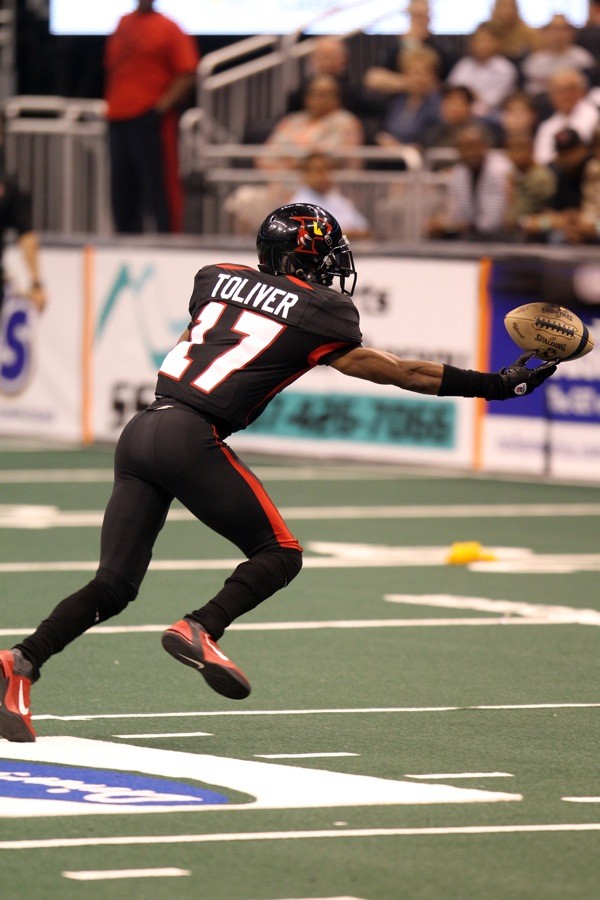 It appears as though everyone in Orlando wants Dwight Howard to stay – except, of course, Dwight Howard himself. Even our local arena football squad, the Orlando Predators, chimed in last week, offering to donate $25,000 to the Orlando Magic center’s D12 foundation charity if Howard extended his contract with the Magic. It’s no surprise, really, for the Preds know dedication: They continue to produce successful playoff-bound seasons (19, to be exact) after 20 years in Orlando. Tonight, the Preds will be preoccupied with their own ball game, as they enter another 18-game Arena Football League season with a match-up against expansion team the Pittsburgh Power. This year’s team brandishes new leadership in head coach Bret Munsey and quarterback Trevor Harris, and if Howard does in fact skip off to elsewhere, we’re pretty sure that kind of cash could be spent on say, a trip to ArenaBowl XXV. – Aimee Vitek